Welcome to the Machine (AP)

Welcome to the Machine (AP)

In a bar somewhere in North Dallas around 2000:

around 2005:
NTX Club Owner: I've been thinking. There's a rule in the Oshkosh league that allows a club to use players from one team to help another team in the club.
Attorney: You mean no fixed rosters? Never happen.
NTX Club Owner: Yes, exactly. Think about it. For our fourth- and fifth-tier teams in danger of losing a bye, bring in a couple of studs for a few key games: Bingo!
Attorney: I like it! We've already killed off 1/2 the independents, this could help get the rest. Nah, never happen.
NTX Club Owner: Well, one can dream...

around 2013:
NTX Club Owner: I'm tired of seeing Club X and FC&& at the top of LHGCL after U13.
Attorney: I think there's a solution. Dual roster. It will help us keep enough on the LHGCL roster to keep the bye. And keep the non-ECNL kids from leaving to FC&&.
NTX Club Owner: Dual roster? Can we do that?
Attorney: Well, there is nothing in the letter of the law that prevents it. The spirit of the law, possibly.
NTX Club Owner: Spirit of the law? What the hell is that? Can we do it or not?
Attorney: I think so. If, of course, you can convince enough parents it's in their best interest.
NTX Club Owner: No problem at all. Just say ECNL and the parents practically wet their pants.
Attorney: I've looked at the stats. Looks like most ECNL teams only use 17-18 players just like every other team at this age.
NTX Club Owner: That's true, but the parents don't know that. We can roster up to 30 kids. Hopes and dreams partner, hopes and dreams.

2015:
NTX Club Owner: Ya know, I've never liked this stupid rule where a U10 kid can't play up to U11. We've had some dominating U10 kids in the past that could've helped us win more.
Attorney: Yep, I remember a few. So?
NTX Club Owner: I see an opportunity here.
Attorney: I'm all ears.
NTX Club Owner: You know this whole USSF development thing and AP?
Attorney: Yeah, I read it. USSF is actually suggesting kids should play up to their appropriate level, right?
NTX Club Owner: Right, but screw USSF. What do they know? How about we convince NTX to keep that rule on the books.
Attorney: I thought you said it was stupid?
NTX Club Owner: So what? Look at it like this: When this AP thing is announced, the parents are going to start panicking anyway. If the rule stays the 06 kids who thought they were going select next Summer? Omg, what will I do? What team will my dd be on? The 05's that thought they had a full team? Same thing. So, we help the panic spread. Why? Because we have 19 teams in every age group. We start the panic, fan the flames, then step in like the good guy because we have a landing spot for little Suzie.
Attorney: I think you're on to something.
NTX Club Owner: Wait, it gets better. The rule stays - for at least this first transition year and who takes the biggest hit?
Attorney: The small clubs. Won't they be pushing for the rule change?
NTX Club Owner: Let me worry about that. It won't be that hard. We just need NTX to do nothing - they're good at that.
Attorney: There will be a flood of available kids out there if this happens.
NTX Club Owner: Exactly, and we have spots for all of them.
Attorney: What do we do with the kids on our current rosters?
NTX Club Owner: Simple. Reshuffle the cards.
Attorney: So we just tell the parents 'starting Monday little Suzie' is on the Red team instead of the Blue team? What if the parents don't like the new coach?
NTX Club Owner: Don't like the coach? What the hell do parents know? They should be happy
just to wear our colors and put our bumper sticker on their SUV.
Attorney: You sure about that?
NTX Club Owner: Hell yeah, 100%. We'll use the D word. Gets them every time.
Attorney: Development?
NTX Club Owner: Bingo!!

Re: Welcome to the Machine (AP)

Can't wait to hear the report from the 2018 meeting 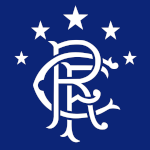