PLEASE NOTE ALL GAMES FOR 2015 HAVE BEEN DROPPED!!!    SO THERE HAS BEEN SHIFTING.   ALSO NOTE THAT DUE TO LESS TEAMS IN SYSTEM AS A RESULT OF DROPPING 2015 GAMES THERE ARE NOW 5 TIERS INSTEAD OF 6.   IF 6 TIERS ARE NEEDED LATER ON I WILL ADJUST AT THAT TIME.   I WILL POST THE TIERS FOR YOU TO SEE.  IF YOU HAVE A QUESTION FEEL FREE TO ASK JUST GIVE ME A BIT TO RESPOND!!!

Updated FBR as of 3/21/16. Only 06AP teams with 3 or more games since January 15, 2016 are included in the FBR published rankings. All games in the U10 leagues and tournaments that "publish results" are included even if they are still 05/06 teams.  However, only teams that are playing as 06AP teams are included in the rankings (players born Jan 1, 2006 and younger only).  Any team with a Aug 05 to Dec 05 player has been excluded from the published rankings. 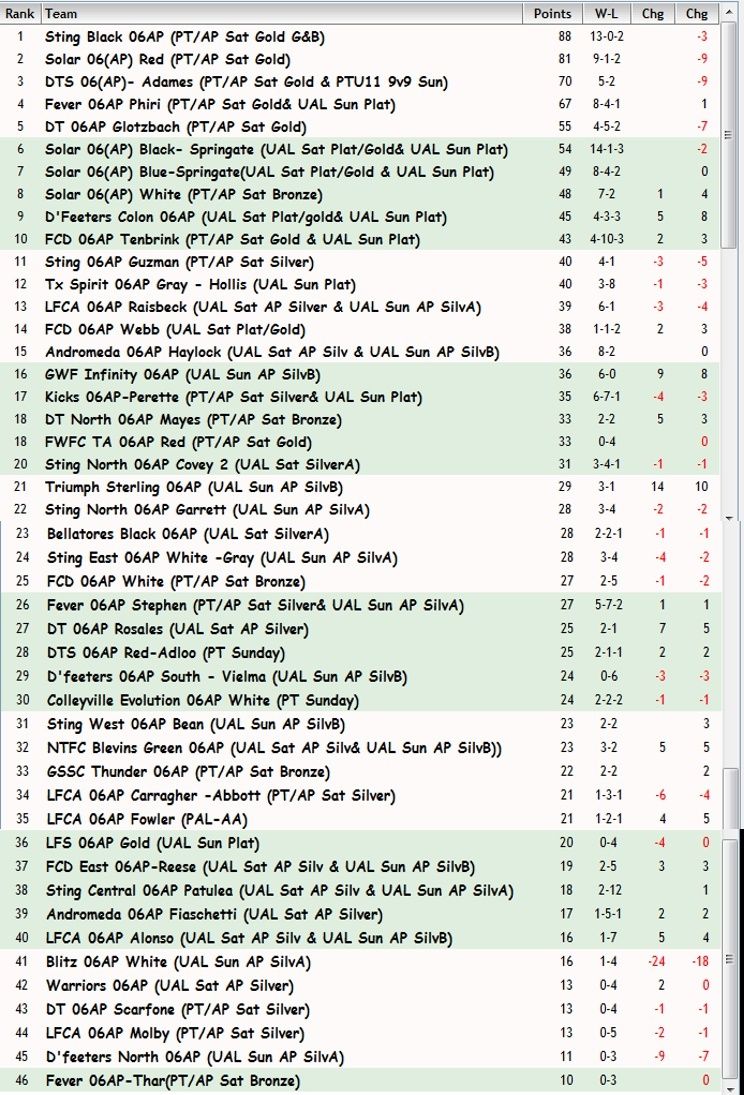 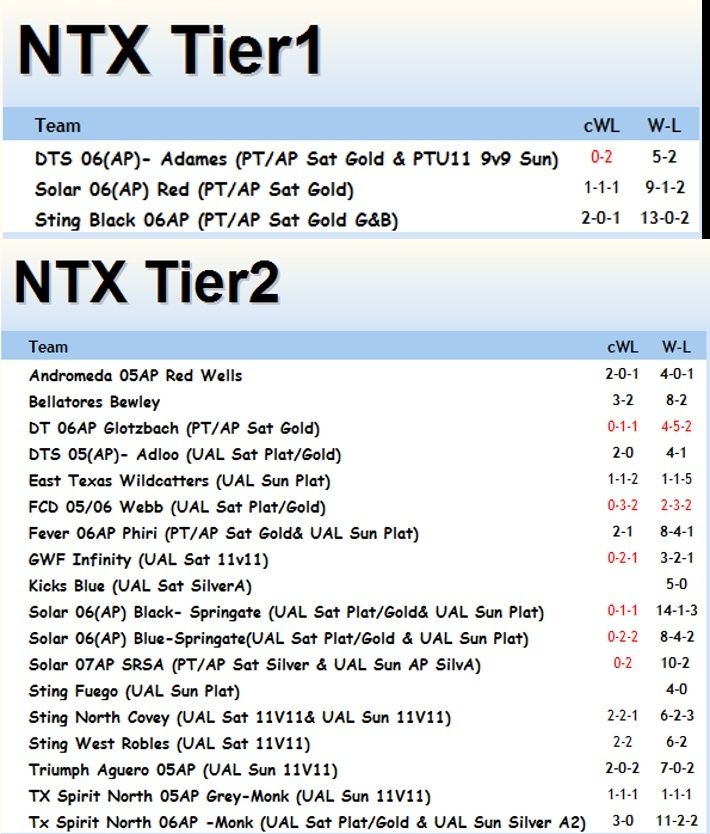 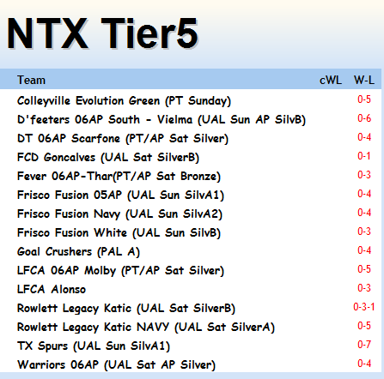