This updated FBR is as of 7/16/2016.  Since the last FBR I added the first day of King Tut games.  Unfortunately Friday nights games were rained out.

FCD South Kounas now has an 06AP account but only has 2 games in.......generally I do not post in rankings until teams have 3 games in.  I will repost FBR again at the conclusion of King Tut.    The only team in this published ranking now with 05/06 data is FC Fusion.   They did not play King Tut.   But this is what is looks like after today's games........

Only 06AP teams (EXCEPT THE TWO TEAMS MENTIONED ABOVE) with 3 or more games since March 1, 2016 are included in the FBR published rankings.   All games in the U10 leagues and tournaments that "publish results" are included even if they are still 05/06 teams except if they played 11v11.  However, only teams that are playing as 06AP teams are included in the rankings (players born Jan 1, 2006 and younger only).  Any team with a Aug 05 to Dec 05 player has been excluded from the published rankings.

As always regulation scores are used for FBR....not OT and no PKs that determine a game result. No U11 games are included in the data.  Forfeits do not count in FBR.   FBR is presented as W/L/T not W/T/L 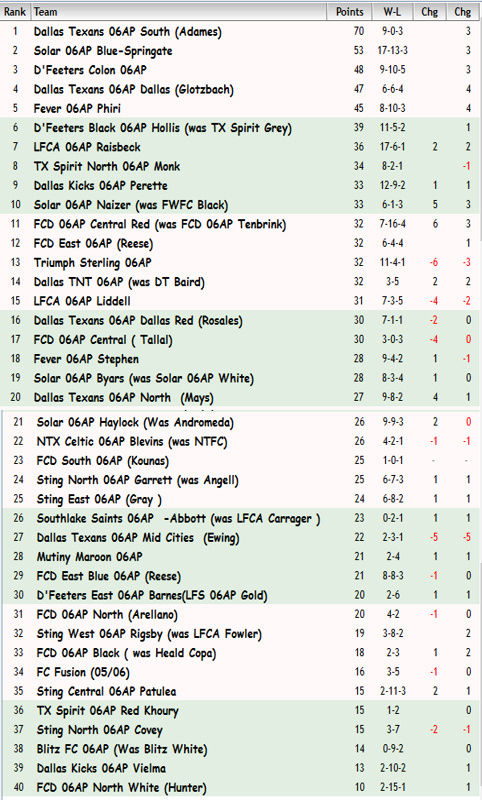