It seems like several teams are looking for a keeper nowadays. Is there really a lack of 09 GKs or is it that girls don’t want to commit this early to a single position and/or jump ship? From what I’ve seen in many, many games, the 09’s have some amazing GKs. So, if you’re a team looking for a GK with no luck, what should you do? Any recommendations? 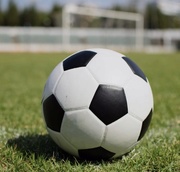 I have an '09 GK and an opinion. I think there may be a couple of reasons for the shortage at this age group. I think a lot of teams, when the girls are little, put a big, but maybe slower girl (or maybe an athletic girl who only does it because she goes where she's asked) in the goal who doesn't have a real place anywhere else on the field or maybe isn't motivated to run a lot or play super hard, and rotate the others here and there. When those girls stuck in there get a little bit older, they might lose interest and move on to other activities, leaving a hole in an increasingly important position around this age. I also think (which was the situation on our team) parents discourage their kids from playing in goal because it takes a lot of training to get good at it, and most girls aren't going to be good at it right when they start. Hard to watch for a parent and stressful for a kid. As a GK coach I know said "There's no one behind you to clean up your mess when you make a mistake." After years of steering my DD away from the goal for that reason, even though she'd been itching to do it since she was 5, we finally let her start learning the position, so essentially her coach just got lucky that he had a kid who loves it and parents who allowed her to. As far as finding one, I've read something that said rotate them all in there and you may find a kid who never thought she wanted to do it, but will realize it's her new favorite spot. And make any girl on your team who plays keeper feel really special so more of them will want to try. I think sometimes the strikers get to feel the most appreciated for scoring goals, so it remains a desirable job for young girls who all want to be recognized. The script may have to be flipped.

You have some great points. It must be hard to have no one behind you to clean up your mistakes. Also, a GK can save many goals within a game, but everyone will remember the mistake(s) instead. It surely is a hard position to play in. It takes a lion-hearted girl to be able to do it.