Any thoughts on the brackets?

Looks pretty accurate to me...Defeeters and Solar South both deserve # 1 seeds. Scarfone, Colvin, Angelone all with #2 seeds. Angelone in very tough bracket with Defeeters Voutier. Solar Grado is in the group of death...Lol.

Edmond is good, but is beatable.

Not sure if you were joking but Grado is not in the group of death... I don’t think Liverpool is a strong 2 seed in that bracket and Kansas Rush may be the weakest 4 seed. IMO, bracket C is the closest to a group of death because Voutier has never lost a 7v7 or 9v9 game against ‘09 competition and Angelone had the 6th highest national score when the rankings were released. Seattle United is the strongest 3 seed and won the Vegas Cup. Bracket F is the most balanced with no gimmes for any team. Obviously, this is just my opinion. 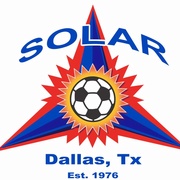 I hope all the Texas teams advance

Would have liked more national teams to have committed but it’ll be fun. Surprised they paired Angelone with Voutier given that those two were last years finalists. Definitely a tough draw for them.

The draw is definitely a little shady