Looks like Foxysoccermom, finally sobered up for a few minutes and got around to approving my reactivated account!

Anyways, posted this over on that Facebook thingamajig a couple weeks back.  Some of you might find this interesting...  what started as me checking up on how various friends & ex-teammates of my DD were doing in college, morphed into one of my little “pet projects”.

Through various club/league postings, I tracked down and verified college roster presence of 172 NTX 2019 Grads.  I then compiled stats on their playing time during their Freshman seasons.  Below is a high-level summary of that data, broken down by:

This is just an FYI, to give parents/players an overall expectation of what Freshman year will look like ON AVERAGE.  I am not trying to push any specific agenda here, just publishing data that I find interesting and thought others would find interesting as well.

Also include is data on where (what State) the 2019 NTX Grads ended up going to school, and what % ended up in TX + its immediate border states.

- I have made no attempt to account for injuries and/or redshirting, mainly because I have no way of knowing every situation for every player, and if a player isn’t playing, is it because of injury, or just coach’s decision.  There are players included in these stats, whom I personally know are not playing/redshirting due to injury, but because I don’t know the status of many others who aren’t playing, it’s not correct to exclude only the cases I know about.

- Data on % of games played and % of games started should be accurate for all of the different college levels, as those stats are kept up pretty well by all programs. 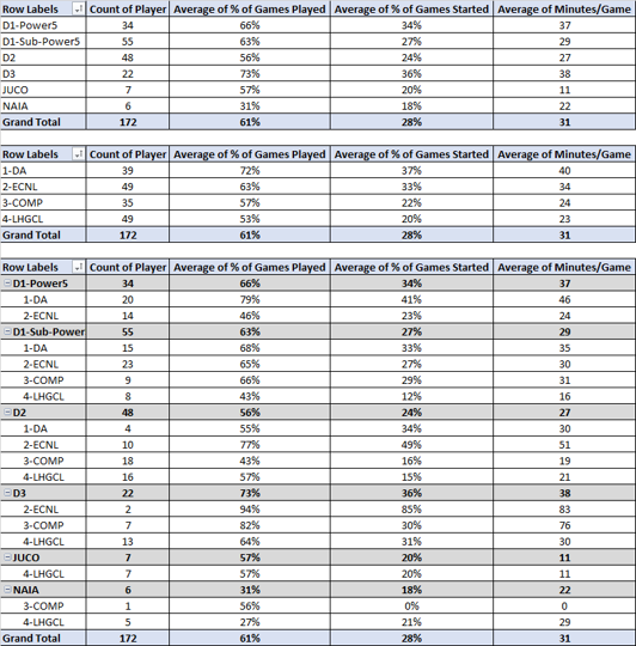 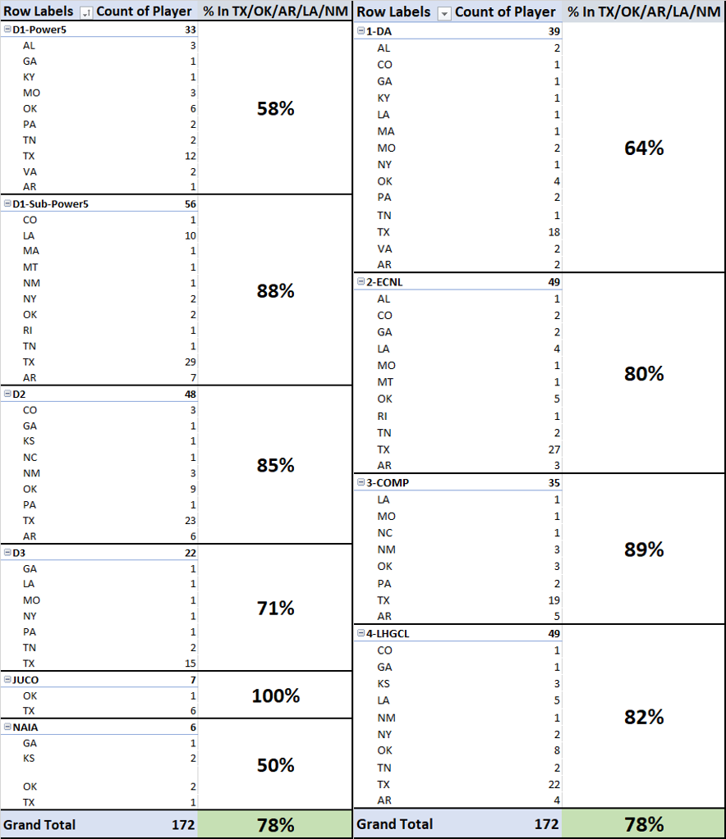 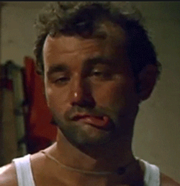 It would be interesting to see how many transfer or stop playing after their Freshman year.

Agreed. That would be interesting to track for the same reasons that I tracked the above numbers this year.

We'll see how motivated (or should I say bored) I get next fall. It won't be much effort to do roster checks to see what players don't return to the roster they were on as Freshman.

Fascinating. You have more time than I have.

It's things and posters like this that make this site still worth coming to.
Thanks for sharing.