We are looking to play in an academy league which is not very competitive. Our girls are transitioning from rec to academy soccer - so fairly new to academy soccer and having trouble adjusting to the speed of play. Will consider joining a league that is somewhere in between rec and academy for the Spring 2013 season. We are currently playing 5v5 Futsal at the Dallas Soccer Center.

Your kind recommendations much appreciated. 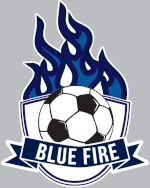 Take em to PSA in plano. Im not a fan of the refs they use, but the speed of play there will be a good transition for them.

Last Fall, CFBAL and PTCL had enough '05 teams to have multiple divisions. I think your best bet would be to go with one of those two leagues, and request to play in their lowest division. You will likely get a more balanced group of teams in a league like that.

Leagues like DIAL or PSA that generally don't have enough teams for multiple divisions will tend to have a mix of weaker and stronger teams, so while you may have some competitive games, you will likely get your share of lopsided blowouts as well.

I would say even the lowest silver division at CFBAL was evenly balanced across the board. The coaches did a good job when requesting the level of play for their teams.

For a team with a stated problem with the speed of play, which will be even faster on big fields I would stay away from CFBAL. Could be for a long season.

PSA will have strong rec teams to middle of the pack academy teams. Our 06 team is moving out of PSA, used the fall to get em moving faster, now venturing into deeper water.

I think places like PSA are good for that, not much else though, especially at the cost, YIKES!

Thanks AF and BW.

PSA is a consideration - agree on the cost. What about UAL? Any experience on their 05 league pay?

Most of those teams were made of players just coming from recreational soccer, but needed a good home with good play. As I look at the standings there were only a few lopsided games, but not a complaint one. Some of the teams (top 3) will move up to the Silver A, leaving plenty of room for a team as yours to fit right in

The last thing I want as a director of this league is for each of those young ladies to leave every game with a feeling of defeat - not my idea of the parents getting their moneys worth. Would love for you to join CFBAL, but you and your coach understand your team better than the rest of us. If you have any questions, please send me an email nicolej@hsp-tech.com
Good luck!