The deadline to sign up is Sunday March 24th. At this point we are still looking for girls teams to sign up. In talking with some other teams it is my understanding that most of you want to see the type of teams that have signed up so far. I understand that most of you will have league play that weekend. I can assure you that we can schedule around your league play games. If you would rather play your league game first we understand and can work around that. 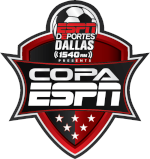