Current Rankings include game results from 11/22/12 through PRESENT

hmmmm... I love this rankings thing, but I can see why it takes a year or more to really get a good feel for it. Heighway is easily somewhere in the 10's for example. It'll probably take getting thru the tournament season before a lot of these descrepancies start to "pan out" - as Rooster Cogburn might say. Love the tables though... keep it coming...

I wonder if the SOS is being helped by the teams that are playing in both SDL P and CFBAL G. My guess is the FBR can only attach one SOS per team, so BW chooses the higher. (purely speculation on my part, and I'm sure I'll be confirmed/smacked down soon

muzlflash wrote:hmmmm... I love this rankings thing, but I can see why it takes a year or more to really get a good feel for it. Heighway is easily somewhere in the 10's for example. It'll probably take getting thru the tournament season before a lot of these descrepancies start to "pan out" - as Rooster Cogburn might say. Love the tables though... keep it coming... 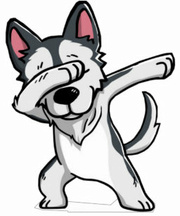 Observation:
- Interesting that FC Dallas is ranked above Kicks and even LP Rush.
- Sting North beat FC Dallas in League but is ranked below them.
- Sting East is getting absolutely no love playing CFBAL-P with a ranking of 47
I would guess the weighting in Gold is the same as Platinum.

What tourneys are teams looking at for spring/summer?

1) Solid W over LP Gerrard
2) Solar Byars initial ranking tier placement was a little off. They were promoted from Tier 4 to Tier 3. Since FCD Premier has a W over Solar Byars, Solar Byars promotion gives FCD Premier a net bump.
3) Small # of total games played by FCD Premier means that any new good/bad result will have a larger impact on FCD Premier, than a team that has played more games.

I am guessing Fever is out of the rankings because we are playing 04's this season. Is that correct?

Correct. No games for Fever '05's against other '05's during the current ranking history period.

Looks Like FCD East Premier has made Quite the Splash in the FBR This week. I know there will be debates over who we have beat and who we have not. I would just like to take a Second to give credit where credit is do. This is an absolutely wonderful group of girls and parents, by far the best I have ever been around. This group has only been together since November and has come a long way in a very short period of time. Coach Nate Barnes has Done an Awesome job So far with this group and they keep getting better and better every week. We look forward to each and every practice and game just to see what these girls will do next.

I would also like to say Thank You to BW!!!! Your doing an Awesome job on this and we all appreciate what you are doing every week.

Dug in to the FCD Premier data a little deeper, and here is what is driving their current ranking...

Most, if not all, of the other teams, have played at least 1 game against a team with a poor raw W/L record, and that will tend to balance the SoS out properly. It just so happens, the scheduling Gods had FCD Premier play the 1st, 2nd, 4th, 5th, and 6th place teams in CFBAL G in their first 5 games, so their SoS is a bit skewed at the current moment.

This is a bit of a numbers anomaly, and happens from time to time. As I've always said, FBR isn't perfect, just pretty darn good. I would say that FBR currently has FCD Premier over-ranked by ~3-4 spots. My guess is that you will see FBR self-correct itself on this over the next 2-3 weeks as FCD Premier plays the bottom 3 teams from CFBAL G, and their SoS adjusts to that.

FS05 has the right idea. This will all shake out come tournament season. We will find out who's who in the FBR.

I am guessing Fever is out of the rankings because we are playing 04's this season. Is that correct?

Correct. No games for Fever '05's against other '05's during the current ranking history period.

Negative sir- Fever's inclusion in the coveted rankings list will be suspended until furthur notice and pending a public apology for derogotory comments made towards Steppenwolf's team (Epic Records, 1972). That is all, carry on...

Case in point... Since February, Sting North Blue Garrett (CFBAL G) is 3-0 against teams playing in the CFBAL Platinum divisions.

That's an average MoV of 2.3 goals against CFBAL Platinum teams.
In their 5 games played in CFBAL Gold, Sting North's average MoV is 1.4 goals.

The "top" teams in the Platinum divisions (LP Hyypia, DT South, LA, DT Moreno, Kicks, LP Rush) are clearly a cut above the CFBAL Gold teams, but the top 5-6 teams in CFBAL G, would be very competitive with the lower end teams in CFBAL/SDL Platinum.

I have an interesting question for you -- just curious.

If some new team (the Pink Ponies?) played all of the top ten teams, and lost each game 0-1, what would their ranking be?

Oooh - that's a good question SlkDad! If you believe the above thoughts then the Pink Ponies would apparently be ranked 85th...cuz anyone can lose to the top 10! :-) LOL

In all seriousness, that is a good hypothetical question. The converse to that would also be if the Pink Ponies were to win ten games playing teams NOT in the top ten and '06's... What would the ranking be of the 'ponies' at 0-10-0 above and then 10-0-0 the other way, respectively? It's the exact same team, but with vastly different records. I know the former is likely easier to score than the latter but still. Intriguing...

BW - I like the rankings, simply from a litmus test standpoint as it's fun to see the debates rage after each subsequent update. I enjoy seeing teams move with good runs and fall with bad runs. On the average I'm sure the number works out, no? Pure entertainment value... It is a nice to look at our girls' upcoming schedules and see what the next few games may look like, how each is ranked, who they've beaten, etc. Then again, outside the top 5-7 I imagine any team on any day can catch a win depending solely on which ones ate Wheaties vs Cheerios for breakfast!

Thanks for the smiles!

I have an interesting question for you -- just curious.

If some new team (the Pink Ponies?) played all of the top ten teams, and lost each game 0-1, what would their ranking be?

The only problem with your logic is that if you have read any of the previous posts on this forum in regards to the vaunted '08 Pink Ponies, you would know that the '08 Ponies would absolutely clean house on the top 10 '05's. 10-0-0 with an average MoV somewhere North of 4 is a more realistic scenario.

If the Ponies + the other top 10 teams were all in the same league, played a 10 game season, and played each other 1 time, then FBR would have the Poines ranked at the bottom (I've actually verified that the FBR formula would work this way using a season's worth of LHGCL games, and that the final FBR ranking would match the final league standings).

However, if the other top 10 teams played various mixes of different opponents, with some of those opponents coming from outside of the top 10, it is possible that Ponies could end up ranked above some of the top 10 teams. For example, if the Ponies were 0-10 with a bunch of 1 goal losses to the top 10, and the #10 team was 3-7 with a 1-0 win over the Ponies, a couple of 1 or 2 goal wins over teams ranked in the 20's or 30's, and 7 losses to other top 10 teams by an average of 2 goals per loss, the Ponies could possibly end up ranked higher based on having a stronger overall SoS and a better MoV. You could make a logical argument that even though the Ponies lost to #10, their total performance over a larger set of games against an overall stronger set of opponents was better on average then #10, therefore there is justification for the Ponies being ranked higher then #10, even with the head-to-head loss.

Again, way too many variables involved to say exactly how the situation would pan out, but my guess is that in a scenario similar to what you proposed, FBR in most cases would end up with the Ponies somewhere in the 8-15 range, maybe as low as 20, depending on exactly what the opponents and results looked like for all of the other teams in the 8-20 range, and to what degree there was interplay between the top 10 and teams from outside of the top 10.

Have I sufficiently confused you

, or bored you into a drunken slumber

when will B Dub post the next round of rankings? the addiction must be fed...