I'm Interested in everyone's thoughts on the Chisholm Trail tournament that was help this past weekend. Here are a few of mine

We played in the U14 Girls bracket

1) There were 8 teams in the competitive bracket, but awarded  2 Champions and 2 runners up. Shouldn't there only be one CHAMPION?

2) We lost our Final on PK's. But the final score shows we lost 4-2?? This should actually be a 1-0 loss for us. CONRATULATIONS TO THE DYNAMOS ON THIER WIN! THEY PLAYED VERY WELL.

3) We headed right over to the pavilion to accept our runner up medals and when we got there the first place team had already got their medals and were taking their pictures. So we waited for them to finish and then we walked over as a team and congratulated them on their victory. I went and collected our medals and handed them out to the girls. Every other tournament that we have been to always presents the awards to both teams and lets the coaches say a few words to their team as well as the team they faced in the Final. There was none of that. No one from the tournament thanked or congratulated the teams in the finals. It was just strange. 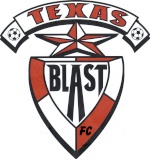 My daughter player in the U12 Bracket Duncanville Pirates FC 02 we took first place. Was a great tournament!.