As far as the 5 ECNL clubs here in NTX go - historically, do the top U13 teams go on to be the top ECNL teams?

For instance, at the U13 level the standings are Solar, FC Dallas, Sting, Texans and then Feet.  Will Solar and FC Dallas lead the way again the first year of ECNL (and possibly beyond)?  Will Feet struggle going from D2 to ECNL?  Or, does the nature of tryouts balance the whole thing out?

Tryouts will bring little change to the balance of these teams. If any change the already strong will become stronger.

Great question hopefully mine is along the same line, but i have 2 questions pertaining to ECNL.

1. When do tryouts start?

If i cam remember I thought I saw the first ECNL tryouts posted around the end of February.

ECNL is a long and difficult schedule. You definately want your DD to be seing quality minutes, yet if your team is getting their butts handed to them every game this could make for a long season.

sccrprntsrcrazy wrote:Great question hopefully mine is along the same line, but i have 2 questions pertaining to ECNL.

1. When do tryouts start?

Zizou wrote:Tryouts will bring little change to the balance of these teams. If any change the already strong will become stronger.

I was wondering the same thing; whether being on a certain team(club) matters... I spoke with my brother about my niece who plays on a top ECNL team and gets quite a bit of playing time. He said that during tryouts clubs will recruit from within and that a player coming from another Club must be very good, more so than the players he already has in order for the ECNL coach to accept them. I believe out of his twenty something roster he said only 2-3 were from another Club the rest came from the top teams in that Club.

Make no mistake about it. The Clubs are going to choose the 20 some odd girls that they think are the best and give them the best chance to win. That said, there are certain advantages a girl has coming from the Club in question. They already know a lot about her and the family. How is her work ethic? Is she coachable?, Does she get along with the rest of the group? etc etc. I would say that all ties will go to the girl from the club already. If your DD is better, it does not matter where she played previously. Each coach will also take 1-2 "flyers" on someone they think can be developed.

Dual Rosters and playing time are more coach / club specific. Some clubs have viable dual roster options. Others do not. I think over the last couple of years, the problems with dual rostering has caused several to rethink that option and you have seen the base ECNL teams grow from 18 to 20 or 21. It is very hard to develop a group when 2-3 or more of your kids are practicing with another team. Very hard for both the LHGCL team as well as the ECNL team, not to mention the DD.

Playing time obviously varies by coach. In our experience, it is generally not an all or nothing gambit. Most girls will get meaningful time. Clearly some more than others and let's face it, all of these girls are used to being 100% time players or close to it so any time on the bench is hard. I will assure you that there will be injuries, HS games and coaching opinion changes that will get the DD some additional opportunities throughout the year. If she can play, she will.

I would also point out that most of the practices for every club are very intense. These are generally A type personality DD's fighting for playing time, recognition and simply to get better. Practices will outnumber games 5 to 1 and each Club is using what they feel are their best coaching options for these teams. Do not overlook that simply practicing day in and day out will raise the game of your DD. They will get better.

ECNL should not be some scary monster. It is no more expensive than a top Premier League team. (Figure 18 league games and 2-3 Showcases of 3 games each) They may practice once more per week but there are no more games than a D-1 or Premier league team. In fact, there may be fewer games. Basically, no tournaments unless a preseason warm up. Replaced by Showcases. ECNL rules dictate no more than one game per day which makes advancing tournaments difficult.

You've gotten some great feedback from these forum folks and I can assure you.....the people on this thread know what they are talking about!

That being said.....I do have some advice for any parent who is looking to assess and/or attend tryouts with clubs outside of their network.  The advice below is for those parents/players that fall into the "Average" to "Above Average" player statuses.  For those of you that have a "Blue Chip" top 1-2 player in their position in the region....the below feedback does not apply to you.

I saw 75 to 100 girls come through our U14 process with varying skills and developmental needs.  I did notice there where players that would come to only one practice (have a great showing) and then disappear.   I'm really not sure why they never came back as we did have an interest in 5-6 players that never returned.

The 5-6 players we picked up rarely missed a training/evaluation session and it became very clear they were interested and committed to making the team.  We had players visit that were hurt, healing or in some cases....not feeling well that particular day.  However....they were there!  Also, the parents showed patience as they saw their child assimilating and adjusting each week to the drills and sessions our coaches would run.  Adaptation and confidence are key....and I can assure you that it won't happen in one practice session.

I would highly recommend you pick 2-3 clubs and maniaclly focus on their sessions for the first 2-3 weeks.  Usually 1-2 practices a week will allow you and your daughter to take a solid look at the clubs of your choice.  After two weeks.....I feel it is acceptable and fair to approach the coach and see where you stand.

Teams will have very specific needs when it comes to recruiting for their roster.  It is perfectly fair to reach out and ask the question:  “What specific positions are you trying to fill for the upcoming season?”  If your daughter is an average forward and you know that a team has a six deep roster of stud forwards…..then you may want to look elsewhere.

If you’ve grown up with the LHGCL 13 squads….then you should have a pretty good idea of who needs what!

The tryout sessions are going to be very time consuming and grueling for your daughter.......there is no other way to put it.  The level of commitment during the 2-3 months prior to ECNL selections could very well be the most challenging and demanding time of your DD’s young soccer career.

Below are (5) things you can do to better your chances…if you are looking to make a move:

- Network “early and often” with the parents you know on the teams you are going to pursue
- Let it be known that you are looking to make a move……no sense in hiding it!
- Ensure your child is in peak physical condition when tryouts start
- Parent/Player – get to know the other players and parents when you are at these sessions.  Make it a point to meet at least one new parent per tryout session.
- Don’t take any feedback personally……if you get bad news….move on and keep your chin up.  NOTE:  Parents talk and so do coaches! 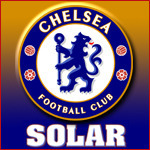 Great job to all of the the North Texas teams in last weekend's Lonestar JR ECNL tournament. Looks like they all did great against their Southern counterparts.