FCsoccer1 wrote:Fact is that cal team was not number 1 and they almost handed our number 1 TX team a loss.

Yea, I know right!  Could you imagine that.

douchebag wrote:So after looking at their website, I do not see an ECNL Program for them. So, Elite is just a name that has no real purpose other than to win games locally and travel to tournaments, but no real shot at being seen by top colleges later on because they cannot participate in ECNL Sanctioned Leagues because the club does not have a membership in ECNL, the top league in the nation for girls. Wasted Days and Wasted Nights for all Elite Teams at LP America. Doesn't Sting, D'Feeters, FC Dallas have teams in ECNL? Why not go to one of those if your players are that good?

What is a douchebag?

Someone who claims that they had to "look at their website" to know that LP is not an ECNL club.

Someone who thinks players from teams at U11 will likely be on the same team when college coaches are looking.

Someone who thinks that teams like Elite playing top competition are "wasted days" for those players.

Someone who thinks that the best development occurs at ECNL clubs.

Maybe that's because he has returned to his douchebag team with butthurt, coaching a PPL team at an ECNL club - angry that the players on a non-ECNL team are being developed - and one day soon, may be playing at his ECNL-club, bumping his players and shattering the dreams of girls who were recruited to his club with the "we are an ECNL club" pitch.

Would love to see the clubs post how many of their ECNL players are "home-grown" talent.

And no FC Dallas, buying the LP Premier team to put your "FC Dallas" label on it isn't fooling anyone.  That team is no more a part of the FC Dallas club system than your West Texas teams.

In a couple years, ECNL clubs will recruit the best players - regardless of prior club affiliation.

Parents who have been sold on the "in" they have because their daughter played on a second- (or third-) rate team because some coach told them it would matter when they go to ECNL, will learn a startling reality - you bought the coach's bs sales pitch and have nothing to show - including development.

SoCal, seems to be able to identify their top players and those players move to the top clubs. These teams will not be the same teams once they consolidate. LP keep up the good work , but if NTX does not push their players to the top next level coaches you will see a sharp decline over time.

FCsoccer1 wrote:Fact is that cal team was not number 1 and they almost handed our number 1 TX team a loss.

No Elite apologist, but many of those out of town teams were loaded up (as would be expected coming all this way). I can't say for certain because I didn't care to talk directly to any of the parents, but I'd be shocked if Arsenal didn't have a hired gun or two come along for the experience. I guess it's possible that there are 4 other teams in SoCal that are on the level of Elite, but that would surprise me.

I have not found that to be true when these teams come all this way. Usually you will find a lot of local talent picked up,by these teams.

It's been stated on the SoCal forum that both Beach FC and Arsenal Brown FC had guest players. Arsenal having a total of 4 guest players from 4 different clubs. Beach FC was a combination of two teams from within their club.

Yeah, if it comes from the internet it must be true. Just like this board. Nothing but facts here, but i know arsenal carries guest players. Hell my DD had an opportunity to guest play with arsenal in the past.

Fact and fact.. Arsenal carried dtuds from two local LA teams and texas. Beach was a a combo team from two teams put together 3 months ago.. Not bad..

You know, I hadn't thought about that. 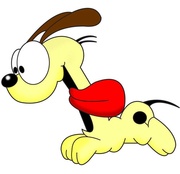