I have seen threads on the forum about balancing ECNL/select soccer and school soccer, but I couldn't find one that addresses this question:

Is it possible for my daughter to play ECNL and also play volleyball, basketball and/or track for her school?

Tom P. wrote:I have seen threads on the forum about balancing ECNL/select soccer and school soccer, but I couldn't find one that addresses this question:

Is it possible for my daughter to play ECNL and also play volleyball, basketball and/or track for her school?

Mine did exactly that during her freshman and sophomore years.  She did not play soccer for her school (it was the break she wanted to do other things).

For the most part it went really well, and she had a blast.  It took a lot of cooperation from a lot of people, though.  We made it clear to the school coaches that her soccer was the primary sport, and if there was a choice to be made, it would be in favor of soccer.

Her school coaches were very forgiving (with one exception) about missing practices, leaving practices early, or arriving for the school sports a little later than everyone else (sometimes just before game time).

When it came to her Junior year, she knew she wanted to play in college, so the other sports went by the wayside, and she played High School and ECNL soccer.

For it to have any chance of being successful, everyone has to know where they stand in the pecking order, so that expectations are reasonable.  Otherwise you have a lot of guilt tripping your dd for letting her team down if she misses something.

The unspoken truth here, is that the willingness of the HS coach(es) to cooperate will likely be directly proportional to the value your DD brings to the HS team. If she's a stud VB/BB/Track athlete, you will likely find the HS coach much more willing to cooperate and not penalize your DD for being late/missing practices/games due to club soccer. If she's a bench player, they will probably be less likely to bend their policies.

It's not necessarily "fair", but I think you will find it is the reality.

Also, how you approach the situation with the coach is important...if you take the coach aside and demonstrate willingness to work as much as possible within the rules, many coaches will agree to some maneuvering...but it also gives them a chance to set expectations about communications. If you discuss a broad policy in front of an audience, it tends to create a power struggle that follows your kid...and can label you negatively as a parent...woo the flies w honey.

The above advice is true, however, you are just as likely to have a HS Coach who will demand his or her team is first priority. Even HS soccer coaches.... Which makes me scratch my head... Hey HS soccer coaches out there.. If your team is good, it is because you have Club Players!! Not because of you.... 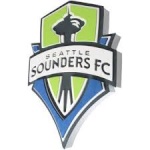 With all competitive sports, I think the best move is to wow 'em at tryouts and then don't follow up. Make the coach call you. If and when the coach calls, tell them all your concerns and reservations.

Hopefully, this insight will not come back to haunt me.

How often do ECNL coaches have practice on MS game days? And do they work around it?

venuechange wrote:How often do ECNL coaches have practice on MS game days? And do they work around it?

The problem is that not every district hold their MS games on the same night of the week. So it is hard for any coach to completely schedule around MS "game nights". It will get even worse with the move to calendar year, as most schools have different game nights for 7th grade vs. 8th grade for VB & BB due to gym availability.

Can't speak to how ECNL coaches will handle it, and my guess is that it will vary by coach/club. My DD's coaches (LH D1/D2) allowed for missed practices to be made up by training with a different team in the club on a different night. If you didn't make up the session in the same week you missed, there were playing time penalties enforced (i.e. sit out the first half of the next game).