Liverpool 05 Girls Elite travelled to England 3/8 – 3/16 on a soccer trip and experience of a lifetime.

The trip only solidified the fact that small sided games is the future for better development of youth players throughout the world let alone the United States. I thought it would be a good idea to share our experience with you in the dawn of a new horizon here in the US with Small Sided Games. Our girls played 3 games versus U11 opposition. The biggest difference for us was the environment the girls played in, no offside, no pressure to WIN, a ref that let the kids play on, and parents well away from play encouraging and applauding both teams for good play. Bottom line is - it was all about the players and this is how it should be. I must add that the English girls were technically sound and very intelligent although a little smaller physically and every one of their players would not shut up, they communicated from start to end, it was an absolute pleasure to compete against them.

Our experiences there proved to us that Small Sided is going to aid the long term development of US soccer. Our trip also included a coaching session at the Liverpool Academy, we also took in the Liverpool versus Manchester United Europa league first leg at Anfield which Liverpool won 2-0. Our girls were mascots at the Liverpool versus Manchester United reserve team (U21) game the following day at which both teams had a strong contingency of first team players playing such as Martin Skrtel, Jordan Ibe, Steven Caulker, Antonio Valencia and Adnan Januzaj.
The team also did lots of sightseeing in Liverpool, Chester, Manchester and London before heading home.

Thanks for watching, Liverpool Elite.

I'm sure liverpool paid for everything! Right?

Fun. Great experience for these girls! 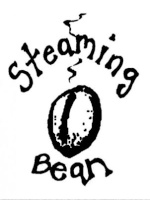 Awesome trip, Thanks for sharing.

That's great that the girls got to experience that. Something they will remember forever.