I'm excited to inform you that Andromeda FC will be merging with Solar Soccer Club effective July 1st, 2016. Bob Reeves is the Chairman and President of Solar and has been actively running the club over the past 12-18 months. Bob moved into the leadership of the club when Solar had fallen on difficult financial times in early 2015. He donated funds into the club and coordinated a volunteer core that was able to get the club moving efficiently forward. Of course, as I certainly know through my own experience at AFC, there are always unforeseen challenges, but I commend Bob and their team for getting Solar back on the right track. Bob will be Chairman and President of the combined club and I will serve on the Board of Directors through the first year of the integrations to make sure everything goes as smoothly as possible.

AFC was created 5 years ago when Andromeda Soccer Club(different legal entity) folded. I donated funds into the new entity, transferred the remaining teams of ASC into AFC(7 at the time) and set out to build the club through mergers and a renewed focus on building out the Juniors program. With the help of our coaching leadership(Charles Grado, Adam Wells, and Grant Sawyer) and our Administrative/Operations leadership(Stephanie Landreneau and Jennifer Pivnick), we've build AFC into a club we can all be proud of. We've had a great run and it's time to expand our horizons which is enabled through this merger.

With the merger of AFC and Solar under the Solar brand, we will now have well over 100 teams spanning the Metroplex and the ability for our players to compete at the highest level possible. In essence, the DFW Metroplex will have 3 very large clubs(Solar/FC Dallas/Texans), of which we will be the only non-profit soccer club managed by an independent Board of Directors of successful business leaders. Our soccer and administrative leadership will join the leadership of Solar and will help Adrian Solca, Solar Director of Soccer Operations, develop Solar into one of the best clubs in the country. We have a very stable financial situation with significant cash in the bank, are cash flow positive, and have an independent leadership of volunteers on the Board of Directors - clearly the right structure for a non-profit soccer club.

So, what does this mean for you? While the merger will present a whole host of options for your son or daughter competitively, next year will be much of the same as you expected as part of AFC, just operating under the Solar brand. Your dues will be $2650, which represents our first due increase in 3 years and was planned before the merger discussion. You will pay your dues using the same mechanism and software as you did this year, and Stephanie Landreneau will continue to serve as our Club Administrator. You will purchase your Solar kits as you would have purchased AFC kits in July. Your coach will continue to coach your team and you will practice at the same fields that you did this year. In short, nothing really changes other than the brand and the opportunities presented by virtue of being part of a larger club that has both the USSF Development Academy and ECNL status.

Be proud of what we have created at AFC, the legacy that we will leave on North Texas Soccer, and the future that we can create together with Solar. 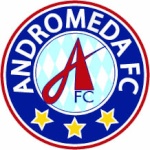 Mixed emotions…
Great news for Solar and Andromeda. Congratulations to all involved. But am seeing the day where the independents will be non existent or at best irrelevant.
Don't get me wrong. Both my daughters play for Solar and we are very happy with the coaches, club, parents and teammates. Its a great place for us.
But I (is fear the right word?) that North Texas Girls' Soccer will soon be dominated by the 4 big clubs and sadly much of the color will go away.
2 clubs in Blue, 2 clubs in Red…
Its in the NFL's,NBA's, MLB's and NHL’s best interest to keep all the teams they have. They may move from city to city, but they need to have the competition in order to exist.
Wonder if there shouldn’t be some kind of collusion between the clubs and NTS to ensure that there is always an independent component to each age group, division and league- rather than the “sooners” land grab, or consolidation if you prefer, that appears to be going on right now.
I truly hope I am misreading the tea leaves and or over-reacting.

The independents would have more success if the environment wasn't so "win now" oriented. But also, coaches want the benefits of a big club: stability, benefits at certain levels, opportunity for advancement, access to facilities, etc.

Wait so you want independents to flourish you just don't want your kids to play for one? This merger has no impact on independents as neither club was an indie. What is keeping Indies down is parents refusal to send their kids or keep their kid there regardless of what the indie has to offer (or the inability of the indie to offer anything different than the bigs) 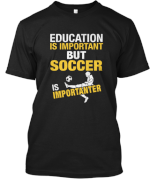