North Texas, Oklahoma and South Texas G04 Youth Soccer Rankings - October 3rd, 2016
These are the North Texas, Oklahoma and South Texas Girls 2004 Birth Year rankings as calculated by Excel Solver using a best fit algorithm to match up team strength ratings with actual tournament and league play results. Rankings for the teams that have a higher sample size are starting to get stable. Teams move up in the rankings by beating a team by more than predicted (by Solver) or losing by less than expected. Teams with smaller sample sizes of games can also move up or down based off of the strength of schedule of teams they have played in the past improving. 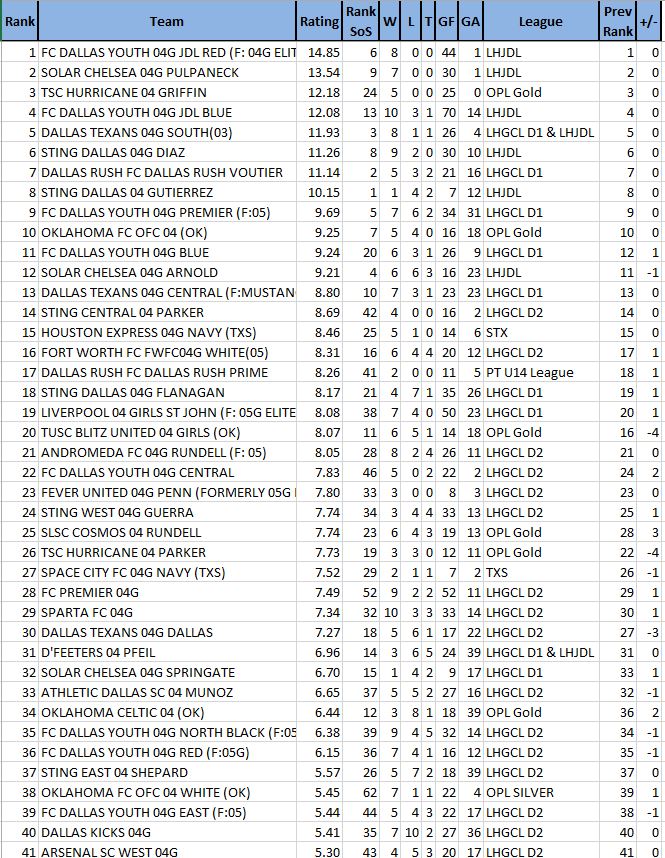 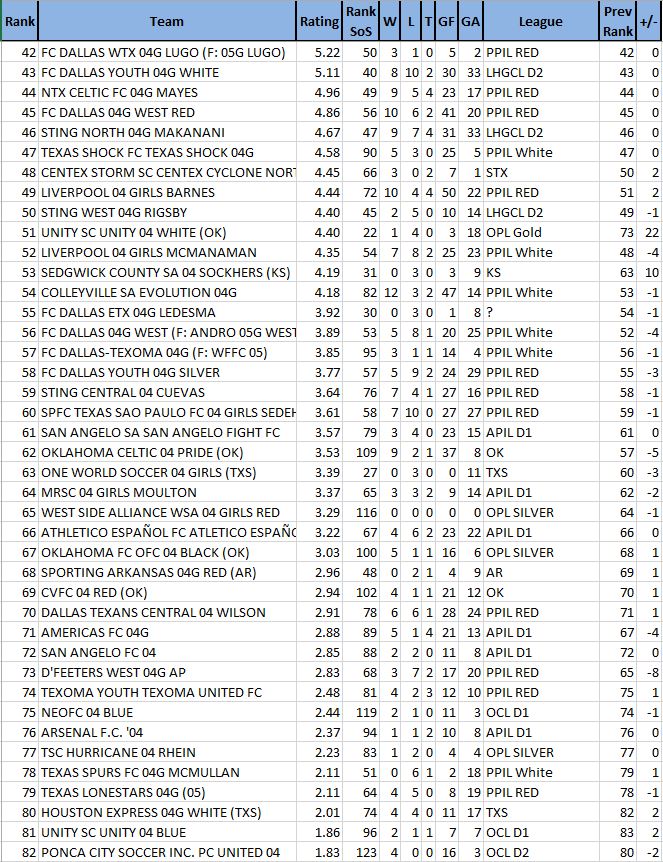 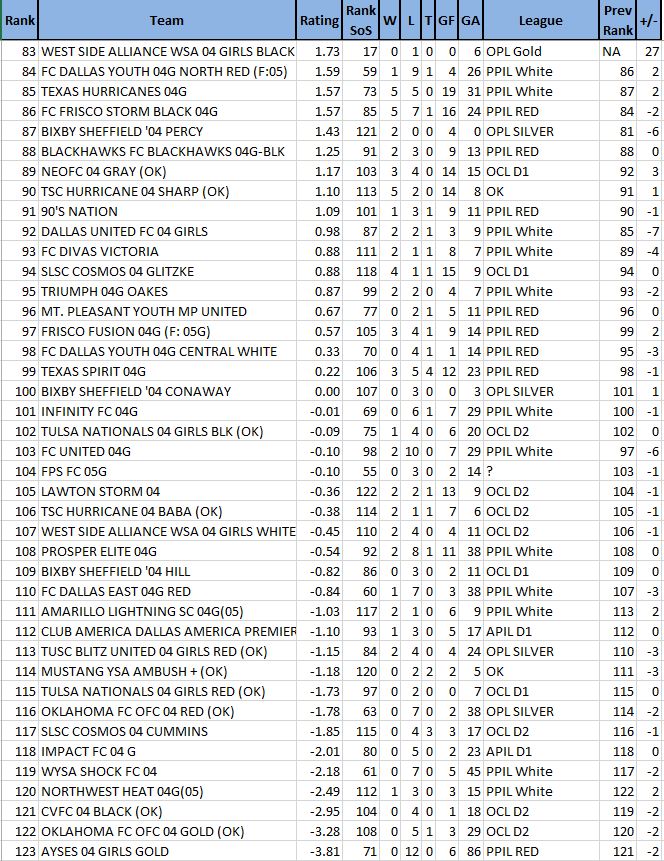 It was nice to see our friends from Tulsa this weekend.

How did the TSC teams do in the JDL games?

TSC Griffin came down for JR ECNL. Played a combined Solar team and lost 2-3. Beat STING G 3-0. Lost to FC DALLAS Red 0-1, it was a great game and could have gone either way as both teams had strong chances. Looking forward to playing you guys again.

Several good games this weekend.  The two I enjoyed watching were:

Only 1 D1 game played this weekend?  Was the rain really that strong on Friday morning to shut down Railroad and Chinn Chapel.

Interesting tho that FC Dallas Premier finally hit some meat on the schedule and ran into the DT South buzzsaw.

I think Chinn chapel closes if too many people sneeze much less it rains.