North Texas, Oklahoma and South Texas G04 Youth Soccer Rankings - April 1st, 2017
These are the North Texas, Oklahoma and South Texas Girls 2004 Birth Year rankings as calculated by Excel Solver using a best fit algorithm to match up team strength ratings with actual tournament and league play results.   Rankings for the teams that have a higher sample size are starting to get stable. Teams move up in the rankings by beating a team by more than predicted (by Solver) or losing by less than expected. Teams with smaller sample sizes of games can also move up or down based off of the strength of schedule of teams they have played in the past improving. 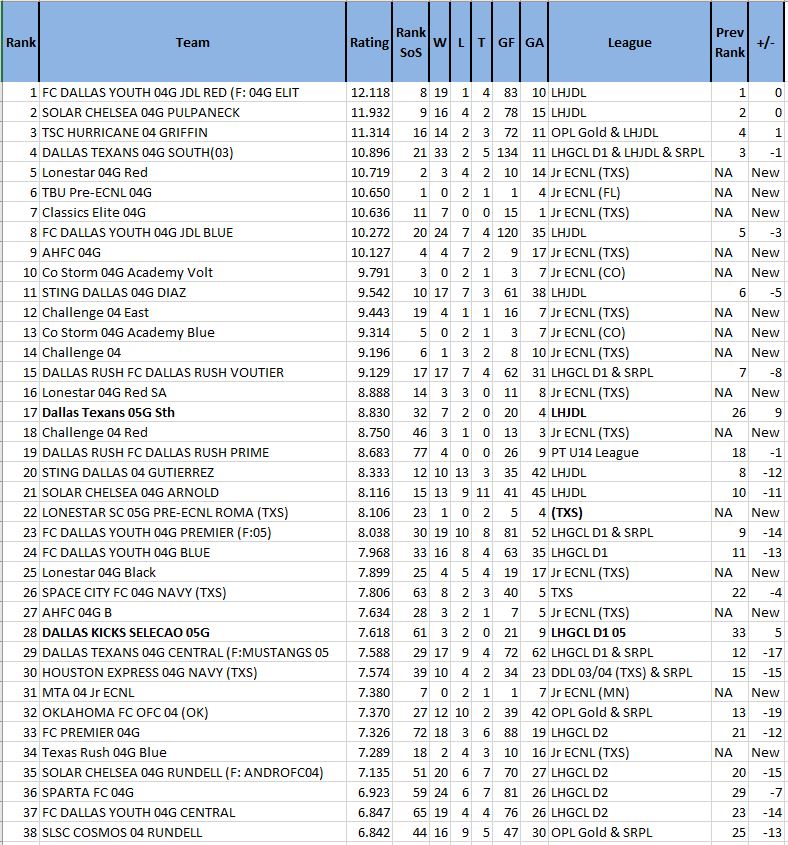 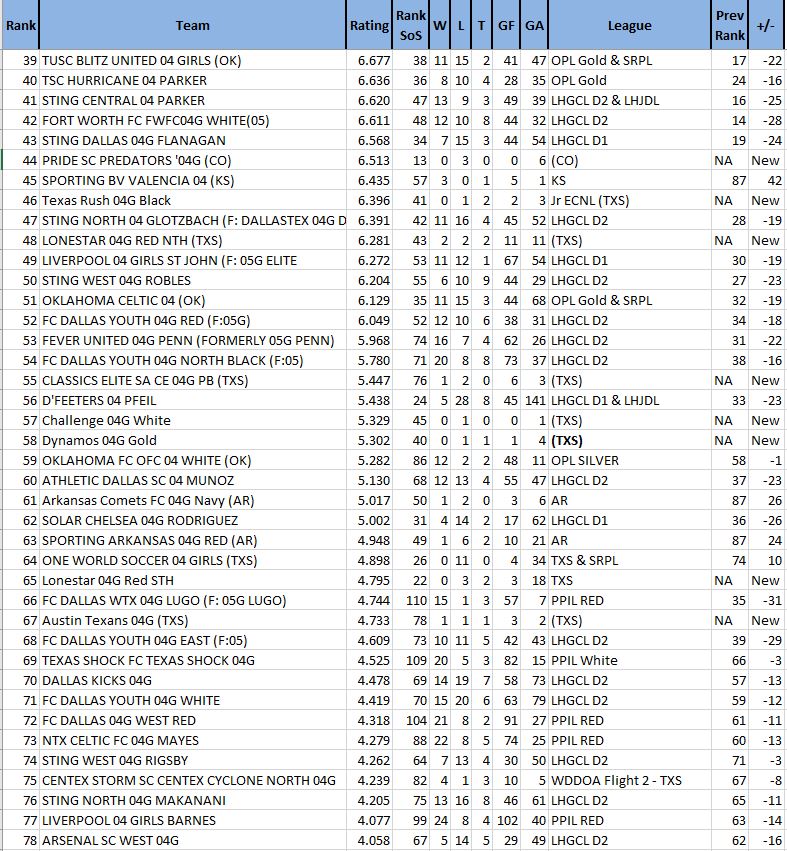 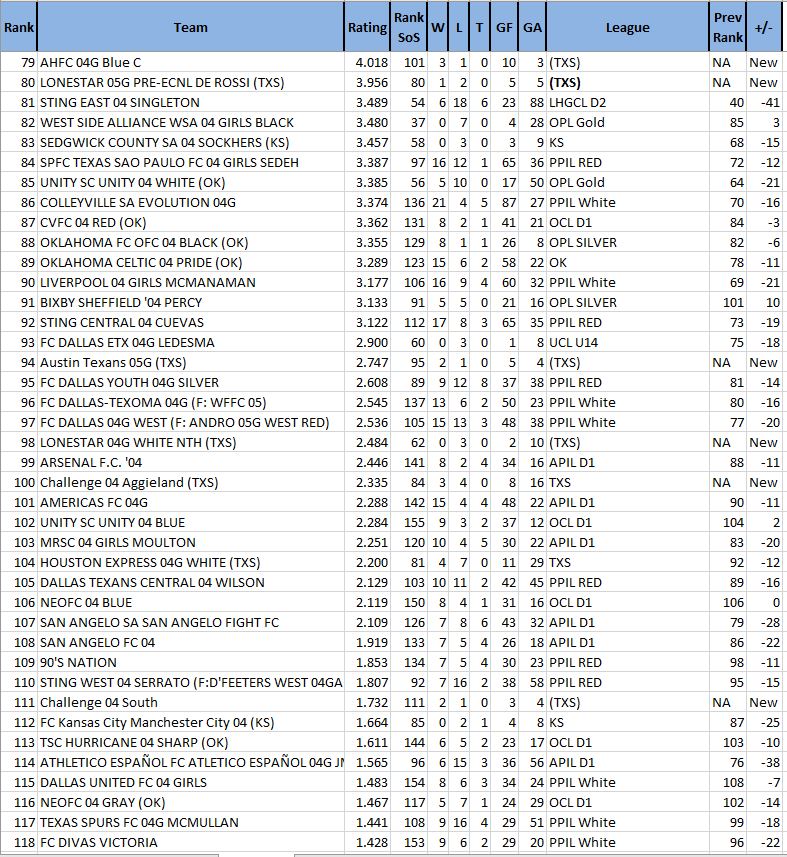 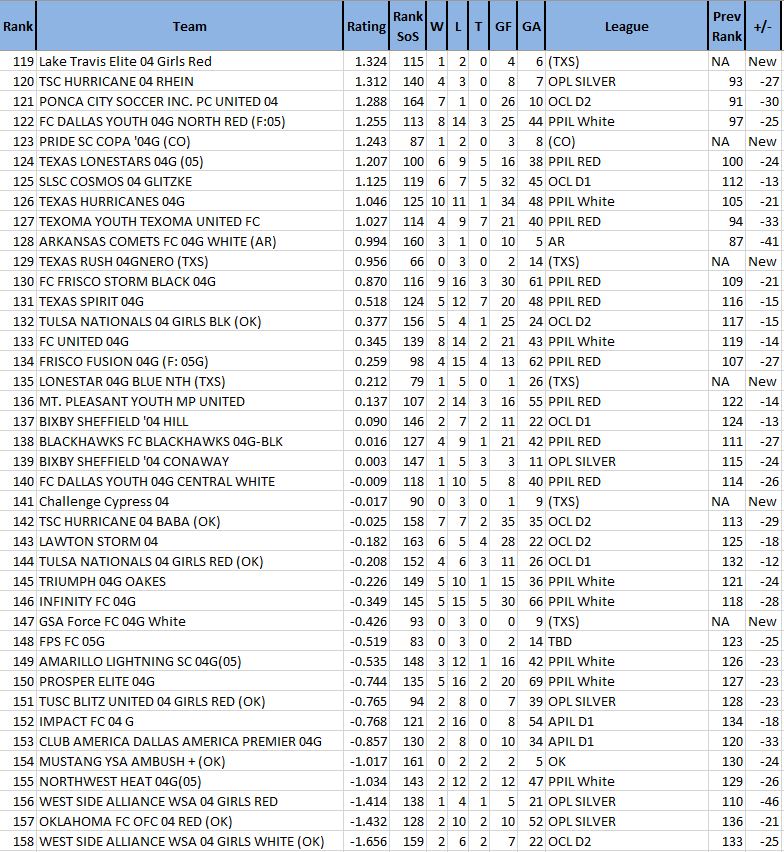 The April 10th Rankings are still solving, Excel Solver has been running for over 2 hours... We are up to almost 1600 games so lots of number crunching... I will post them sometime today!