Updated '09 FBR Rankings as of 5/10/2017.  The data from this Spring was pretty thorough and complete, so I would expect minimal changes in these rankings over the next 8-9 years.  ENOJY!!!

Looks like the tournament this weekend in 09 is going to be a real test.

Did the obvious team win?

Yes, indeed in the Gold division.

Just kidding, this is really FBR07 incognito, I will try and get the last 2 weeks updated and publish again soon.  Then will begin the transition to the new sucker... er a person. 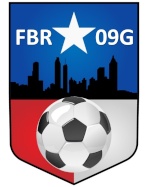 In some ways it seems like this age group is becoming more competitive. Not sure if it is due to development or player movement. But more teams are coming in and being able to get wins against each other in the top divisions. It looked like FC extreme had a pretty good weekend. As did Solar Colvin.

In every age group, a couple of squads get an early jump on things and dominate the U6 and U7 landscape

There are plenty of good players nobody has seen yet because they're still playing in the sandbox....

What does all this mean at this age? Any player movement at this age. How do our best 09 teams compare to cali teams?

Not to be a negative nelly but who did Xtreme beat this weekend? They won one game against the weakest team of the 6 in the tournament. Colvin beating Scarfone was noteworthy but the rest was chalk.

Some of the games were definitely lopsided. By the scores scarfone and rush put up, you would think they would have played the final.

Agreed. I will also add, tournament teams have lots of guest players so don't put to much stock into the results. One team comes to mind that does really well with guest players but loses some games you would think they should win without guest players. It comes with the territory, I guess. It's all about the development, right?

I will also add that Rush and Scarfone dominate teams that they are physically superior to. They are just too fast and too aggressive for some teams and the games quickly get lopsided.

Having children playing in 3 different age groups and having watched most 09 teams play, Rush is more technical than any team I have watched at that age group. Scarfone and Angelone are both physical teams.

Rush spreadsout well, angelone and scarfone are similar in style. I wonder how much movement there will be with the top teams?

The key to playing Rush is to take away switching the field. The outside midd have to play tight man defense on Rush's wings. They switch the ball so much and so effectively that sometimes the players don't even look to see if the switch is even there before doing it. They are technically advanced but their best player is extremely physical and rough. She is the key to their team... their coach pushes her up when he wants offense and drops her back when he wants defense... he even marks her up on a player if he thinks a team is too reliant on one player. Scarfone is more of a power team and scores off of set pieces and big shots and speed. Angelone is an agressive and physical team but doesn't play power soccer like Scarfone does. Angelone rarely just kicks the ball downfield like Scarfone does, but Angelone is too dependent on their center mid. Colvin plays power soccer in the back and speed up top. They play well against teams that can't handle the speed and b/c Rush handles that speed very well, Colvin hasn't come close to beating Rush. I think all 4 have different styles. Rush is the best coached but I think as teams get better at defending their passing style that no other teams do, they will be contested more. Just my 2 cents.

Well, they are undefeated for the last year for a reason. My daughter plays defense so I've tried to help her understand how to defend against them.

ProphAC is right, they are undefeated. Rush has a lot of weapons, but the main one is that one defender.

Are they really the best coached or the best recruiting team

She doesn't always play defender... depends on the team.

Rush had the two strong players, I won't name names but they are very very good. D'Feeters '09 decided if you can't beat them, join them... they took nearly every good player on that team and joined Rush right before we went age pure. That is why until recently we didn't see a D'Feeters '09 team. Rush is the product of two gold level teams merging. I think they are well coached b/c of the way they spread the field but when you have strong players at every position, it's easier to coach more sophisticated styles of play.

As happens with every playing year, players move around and coaches change clubs. If two Gold teams like Colvin and Angelone at Solar merged, they could beat Rush. It wouldn't surprise me if Solar created a super team with three top 5 teams. That team that I think eventually happens in the years to come will take down Rush. Consolidation of talent and new blood coming up that we dont know about yet happens every year.

Alright that's better if they're 8. I thought I stumbled across an intense ecnl thread. But at least some of the kids are in 3rd grade. Carry on. 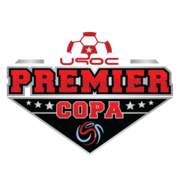