Which teams are being relegated/promoted?

Anybody know when and where they're having the playoff game to determine which team goes to D1 next year?

Anybody know when and where they're having the playoff game to determine which team goes to D1 next year?

Would LOVE to see the CPP list on that one. 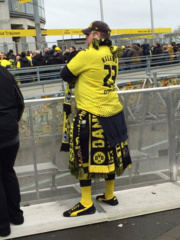 It looks like it will be Solar due to item "C" below. Solar 13 Goals Against & FCD 18 Goals against

End of Season Tie Breakers: If two (2) or more teams are tied in the number of
points, the tie will be broken as follows (except as stated in 6 below):
a. Winner of head-to-head competition.
b. Team with most number of wins.
c. Fewest goals allowed in season games.
d. Most goals scored in season games.
e. Goal differential (goals scored all season minus goals allowed all season.
Team with highest differential wins higher position in standings.
Maximum of 3 goals for or against allowed per game).
f. Best record against common opponents.
g. The team with the fewest yellow and/or red cards will finish in the higher
position. NOTE: Only points accumulated in LHGCL play (regular
season) will be used for this calculation.
h. Elimination game(s) if time permits. Opponents determined by random
draw if more than two teams are tied for one position.
i. Coin toss.
j. In the event a game or games have been forfeited, if any other of the tied
teams played the opponent that forfeited to the other tied team(s), then all
the games against that opponent will be omitted before calculating the
points and/or standings

If they played out all the tiebreakers then Solar would have won with B (most wins). Solar had 12 wins, FCD 11 wins.

However, down at section 6.

6. Ties Between Teams to Determine a Bye:
For all ages, points earned in head-to-head play over the entire soccer year will apply. Playoff games will be played between any teams who cannot be eliminated in the head-to-head tiebreaker. The number of games and nature of the playoff will be determined by the LHGCL board. Playoff games must have a winner, i.e., if the game ends in a tie, two 10 minute overtimes will be played, then if still tied, FIFA kicks from the penalty mark will be taken to determine the winner.
a. Teams Tied in Grand Champion Points in Division I:
Ver. 15V0811 4
(1) If two teams are tied in points to determine who shall receive a Bye(s) into Division I and who will be relegated to Division II, only head-to- head competition will be used to break the tie. If the two teams are tied in head-to-head competition, a playoff game will be played between the two teams to determine who will receive the Bye into Division I.

The playoff game between Solar Rundell and FCD Central has not been scheduled. I was told today it will likely be midweek next week. As for CPP there will be none as LHGCL playoff games do not allow for it.

The playoff game was played on Tuesday night. Solar won 3-0.