After first year of select, we'd like to explore team options. I'm sure this info is somewhere, but I'm having trouble finding it. Can someone post the release timeline and requirements for trying out and/or switching teams? Is player totally free after State Cup? What is the earliest that a current team can ask you to commit and sign?

Thanks ahead of time for any guidance.

soccerdad2005 wrote:After first year of select, we'd like to explore team options. I'm sure this info is somewhere, but I'm having trouble finding it. Can someone post the release timeline and requirements for trying out and/or switching teams? Is player totally free after State Cup? What is the earliest that a current team can ask you to commit and sign?

Thanks ahead of time for any guidance.

I am not as certain on US Club (ECNL, JDL, Primetime) rules, but they are somewhat similar. Can start practicing with other teams after May 1st. I believe the clubs generally follow the same guidelines regarding signing on July 1st.

What if your coach changes clubs? Does your contract follow him or who signs guest player releases if required?

I can't seem to find any language that makes verbal commitments against the rules.

If somebody can make a case that verbal commitments are against the rules then I'd love to find out why that's the case.

3.10.2
Between August 1 of the prior soccer year and May 31 of the current soccer year, NTSSA registered players may attend soccer camps (clinics), or private lessons etc., hosted and/or coached by individuals, teams, clubs and/or organizations other than the player’s current coach, team, club and/or organization as long as the soccer camps meet the following criteria:
The clinic or camp, must be available to all interested persons for each age group offered through an open invitation.
Each individual, team, club and/or organization hosting any soccer clinic or camp, etc., must require written registration of each participant that includes the following information:
 Player’s name
 Name, address and phone number of individual(s), team(s), club(s) and/or organization(s)
affiliated with and/or hosting the clinic
 Name(s) of coaches at clinic
 Name and date(s) of clinic
 Name of player’s current team and home association
 A statement signed by the player’s current coach/manager stating that he or she is aware
that the player is attending the camp or clinic, etc.
 The following disclaimer:
“Recruiting is strictly prohibited


3.10.9
1. Recruiting is defined as:
a. Allowing a player to participate in practice or games with a team on which the player is not rostered unless such participation is otherwise expressly authorized by these NTSSA rules, and all paperwork incidental to said authorization has been fully completed prior to such participation.
b. Allowing a player to participate in camps, skills, clinics, academies or other training activities unless such participation is otherwise expressly authorized by NTSSA rules, and all paperwork incident to said authorization has been fully completed prior to such participation.
c. Actively soliciting a player to break a commitment to his current team in order to join another team. This rule does not apply to Free Agents.
d. Making false, misleading, and/or unsubstantiated negative statements which could reasonably be expected to influence the decision of a player regarding his choice of teams.
e. Offering anything of monetary value to anyone to induce a player to commit to play for a particular team; provided, offering to pay, waive or reduce a player’s expenses associated with participating with a particular team does not constitute recruiting so long as (i) the offer is, in good faith, based on financial need and (ii) any value received is in fact applied to the reasonable and necessary expenses associated with such player’s participation.
f. Signing for the upcoming soccer year prior to July 1. Any commitment prior to July 1 is not binding on either the player or coach.
g. As long as the above rules are observed, nothing herein is intended to restrict the ability of a player at any time to express a general interest in a prospective team or for a prospective team to express at any time a general interest in a prospective player.
2. It shall be a violation of these rules for any person, team, club or other organization to engage in recruiting as defined above. Coaches are responsible for the actions of all of the above listed participants associated with their team. Failure to comply with this rule shall result in sanctions against the offending party which could include suspension from all soccer activities for a period of time to be determined by the NTSSA Competitive Committee. Allegations against registered youth players are subject to review before punishments are considered. Complainant
will file his complaint with the Youth Commissioner, who shall render a decision. Either party may file an appeal of the Youth Commissioner’s decision with the NTSSA State Executive Committee according to the Bylaws of the NTSSA.

Anarchy wrote:What if your coach changes clubs? Does your contract follow him or who signs guest player releases if required?

It depends on whether or not your current club has gone to NTSSA and officially changed the coach of team on the NTSSA roster.  If the club hasn't done that, then your "old" coach is still technically your coach, and is responsible to sign any releases.  If the club has changed the coach on the NTSSA roster, then whomever they specified as the new coach is the one who signs any releases.

That is my understanding of the rules, but your best bet is to contact NTSSA directly. My experience is that they are very helpful with these types of questions. 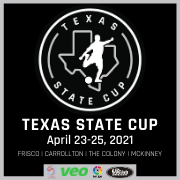