isn't this year different than previous years? is it after May1 or June 1 where dont need club release to guest play for anothrr team?

releases needed for tourneys only in May - not training. June is a free for all - unless of course something has changed. best of luck

Out of the woods_02G wrote:releases needed for tourneys only in May - not training.  June is a free for all - unless of course something has changed.  best of luck

I don't think that is correct. See this thread. 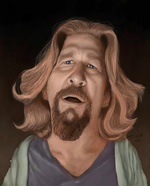 Assuming it's a NTX team:

3.10.10 Soccer-Playing Year for Competitive Players
1. NTSSA has established the seasonal year as being from September 1 through August 31
However, these rules provide that a competitive player is a free agent beginning July 1. That player will continue to be a free agent until the player and /or his parents or guardian have signed a contract with a team. The period of August 1 of the prior soccer year through completion of State Cup competition for their age group, whether or not their team is participating in State Cup, or completion of league play for their team, whichever is last of the current soccer year is considered the soccer-playing year for competitive players. During the soccer-playing year, players are not allowed to try out, practice, or participate with any other team, unless they are a competitive player in the same club or registered as a guest player with another team, in which case the proper release must be signed by all parties. Practice with a
team on which a player is registered as a guest player is permitted only if the practice dates are included on the guest player release. A competitive player practicing with a team in the same club is permitted throughout the seasonal year. Otherwise, a player may practice with another team if he has received a written permission letter signed by his current coach that sets out the dates and the team with which the player will practice. The player is to give the letter to the coach of the team with which he will be practicing, and he must keep a copy for himself. After completion of State Cup competition for their age group or completion of league play for their team, whichever is last (the end of the soccer-playing year for competitive players), players may practice with other teams without any required release or other permission, although formal tryouts may not be held until July 1. Players wishing to guest play in tournaments must always obtain a properly signed guest player release. (See Rule 4.7.1.) Contracts may be signed beginning July 1, although signing July 1 is not mandatory. After July 1 players who are not or have not been rostered to a team for the current soccer year may sign a contract for the current soccer year at any time. (This does not include indoor soccer.)
2. Failure to comply shall result in sanctions against the offending party (coach, assistant coach, manager, parent, or other team representative), which could include suspension from all soccer activities for a period of time to be determined by the NTSSA Competitive Committee.
Allegations against registered youth players are subject to review before punishments are considered and punishment periods are at the discretion of the Youth Commissioner committee hearing such allegations.

I have that permanently on my clipboard. That question gets asked all the time around here.

Believe me this is good information. lots of parents walking around thinking their DD could guest play on other teams after June 1st.