Will you be attending?

Looking for something to do this weekend?

To learn more about everything that is happening and to get your tickets ahead of time, check out GROW THE GAME.  Food, band and raffles are just currently the beginning. 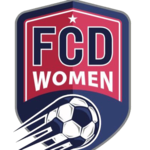 I was just informed that GROW THE GAME is looking for Ball Girls and Walk Outs for all three games.

There is no charge for these girls to be Ball Girls/Walk Outs, but are on a First Come, First Serve basis. They ask that you email them via their 24/7 contact form at GrowTheGameNTX.com (bottom of webpage)

If you go to squareup.com/store/GrowTheGame and enter SOCCER you can save 35% off of ticket prices.