How does a person find out whether or not a youth soccer coach (Boys or girls), is someone with a questionable background in regards to ethics and most importantly, inappropiate behavior with minors? How and where do you find a list of youth coaches banned?

I am especially concerned with coaches associated with drug use (Prescription and other), Pornography, Pedophiles, etc...

It is very hard to pull up a list anywhere and what is to prevent them from reappearing years later.

Besides the Garland League situation, what other incidents can anyone recall?

Most coaches don't fall in this category, however, it seems to me like it should be easier for a person to research background of a coach, if concerned.

Duh! To google is a no brainer...done that!

When I google youth soccer coaches banned in DFW, or reference pornography, pedophiles, the only thing that pops up is the recent coach in Garland. It pulls up coaches from other parts of the country but not our area.
Google, the state of Texas it pulls up one more coach that lives in Corsicana.
The list of two coaches I found cannot be the only coaches in the last 10 years, can they?
I know of a coach from Ft. Worth area who was arrested for possession of illegal prescription drugs and pornography and I found no mention of him. I eventually found him because I googled "soccer coaches arrested for pornography in tarrant county". I was able to locate him because I had prior knowledge, but it took several attempts with different wording to get his name pulled up.

It shouldn't be this hard for a parent to investigate, right?
Does US Youth Soccer or other organizations keep a list of banned coaches? I sure couldn't find one. If there is, they make it real hard to find.
Most of our coaches don't fall in this category, but for the few that due, it should be easier for a parent to research.
Bottomline, there are many ways someone can make themselves available to take advantage of kids. GOOGLE pedophiles and learn how they do this and generally what kind of kids become victims. What about illegal sell of prescription drugs or other types of drugs? It happens all the time.

There are preventive measures that can be taken to minimize the likelihood that this happens to your own kid, but it is not bullet proof.

Every coach registered with NTX Soccer must pass a background check. This is the same check that childcare workers in TX have to pass which is via the TX Dept of Family and Protectice Services as well as an FBI record check.

I'd suggest (and would expect) that before you sign with a team, you'd be confident that the Coach is a decent guy and will be good for your kid.

The key for a coach indicted for dealing drugs, is to have a good lawyer string out the hearing date as long as possible.  This way it doesn't show up on a background check.  You also have to ask yourself, if the quality of coaching outweighs the offense.  Good skills training far outweighs a minor theft charge.

It's up to each parent to take it upon themselves to do as much digging as they feel is appropriate, but more importantly, don't EVER allow your kid to be in a position for a coach to harm them.  Also, the time to teach them about protecting themselves is not the day before you let them drive themselves to practice for the first time, or travel to an out-of-town tournament without a family member, it starts way before that.  There is never a reason for youth club soccer coach to be alone with a kid that isn't his/her own child.  That will go a lot farther to keeping your kid safe than any kind of background check or easy-to-look up database. 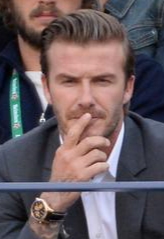 Here no evil, say no evil, see no evil. You would hope they would speak up, but it’s not their job to police others.

No, this has nothing to do about money. A coach with intentions to hurt s child is going to do it. Yes, parents should always take every precaution to keep their child safe. I would caution all coaches to understand that your looking at 6-10 years in the state pen for messing with a child.

It has everything to do with the business. Stand up and do what's right. You talk behind their back to the others theres no secrets internally and no one does anything. Dont be worried about the paycheck have you gotten so hard in your heart? Stop the trend.
__________________________________________________
Pay to play isn't picky if you have cash money! There's always more spots to fill in the ponzi scheme. The layers keep expanding and the facts get skewed.

Many good responses. Is there a list of banned/suspended soccer coaches anywhere? Why can't I find a list easily?

I was able to find three coaches in recent years with illegal possession of contolled substance, pornagraphy, allegations.

Lets get Soapbox Mom on the case.... I am sure she can surely find a way to make money in doing this......

Thanks for raising the awareness. I didn't see this story at all until I saw the post. 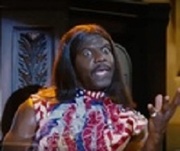 NTXsoccerplayer wrote:How does a person find out whether or not a youth soccer coach (Boys or girls), is someone with a questionable background in regards to ethics and most importantly, inappropiate behavior with minors?  How and where do you find a list of youth coaches banned?

Found one! Guess who? 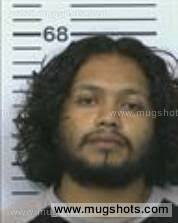 If your coach hasn't had a controlled substance due to overzealous parents, then it's a wasted year for him/her. 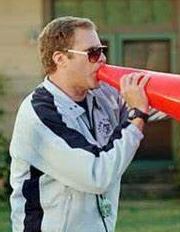 Where is the list of soccer coaches that prey on soccer moms?  Those out of town game trips with the hotel bars and empty junior suite paid for with your hard earned money can be awfully tempting for these guys.

What happens in Vegas w the soccer MLF stays in Vegas.