BVB International Academy – North Texas 04 Girls Premier (formerly Liverpool 04 Girls St John) is looking for a GK and a few strong players to round out our roster.

Kevin’s storied past as both coach and player is ideally suited for this specialized player pathway focusing on identifying and developing elite talent.

Kevin Smith, nicknamed “The Smudger”, was born and grew up in Orpington, England. At 17, Kevin signed a contract with Charlton Athletic in the English Football League system where he still holds the record as the youngest goal scorer.

In 1993, Kevin played on the U.S. Men’s National Team and earned an international cap. He played professionally for twenty years. Kevin is best known in the Dallas area for his successful career as a popular midfielder with the Dallas Sidekicks from 1984-1998 where he earned several awards including Defensive Player of the year, and Player of the Year. Kevin was also named team captain. His Number 10 jersey was prominently retired in 2000 in an honorary ceremony at Reunion Arena.

Kevin was named 2008 National Coach of the Year.  In 2012, The U.S. Soccer Development Academy named Kevin Smith as the U15/U16 Central Conference Coach of the Year. With Kevin’s guidance and coaching ability, many of his players have earned prestigious college and university scholarships and he has coached multiple players who have gone on to professional careers regionally, nationally and internationally.

When asked why Kevin remains on the field coaching both boys and girls teams after an amazingly successful coaching career he remarked, “I coach because I love to help youth soccer players develop, learn and achieve. Many of the players I have worked with over the years have dreams of becoming accomplished players. I encourage my players to establish goals for themselves both on and off the field.  Together, we work toward achieving their goals and reaching their dreams. I want my players to love the game of soccer as much as I do.” 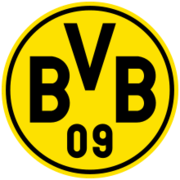 In addition to Tuesdays/Thursdays from 7:15pm-9pm we will have an additional Open Practice Session on Saturday, June 15th from 10:30-Noon at The Branch.