Renegades Soccer Club is pleased to announce that David Doyle has chosen to call our club home. David will be coaching our 07G and 07B in our Central Division.

David Doyle brings with him a distinguished career as a professional soccer player and as a coach. He played professional indoor soccer for 17 seasons winning Rookie of the year in 1987 after being drafted third overall by the Kansas City Comets and then moving on to the Dallas Sidekicks. He has spent the last 28 years coaching club soccer in North Texas and is currently the boys Head Coach for Flower Mound High School where he just recently won the Texas 6A State Championship. He has coached for several clubs in North Texas in his career, including the Dallas Texans, where he won several National Championships on the boys side, but most recently comes to us from Sting.

Brian Flanagan, Assistant DOC says, “Coaches of David Doyle’s experience, both as a professional player and as a coach, are hard to come by in North Texas. Having him join Renegades is big win for our club. He brings decades of coaching both boys and girls competitive teams and I can’t wait to see him grow our competitive program.”

DFW soccer community, please take a moment to welcome David and his family to the Renegades Soccer Club. 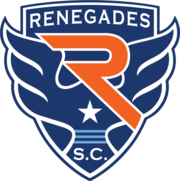