Can you believe it? A new season, a new hope.

Hope is renewed. Dreams are reset. It's a clean slate.

Wishing everyone a healthy and safe new year!
Wishing the promoted teams continued success!
Wishing the relegated teams renewed confidence!
Wishing the newcomers all the excitement that they're hoping for!

Let's remember the passion and love of the game.
Let's play some football. 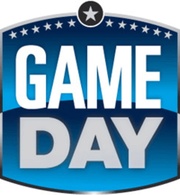 So should we just hand them the trophy now and be done with it? They got their pick of DA players so it's pretty much over isn't it? None of the other DA restocked teams, or the independents will be able to challenge them right? After week one is it really over?

Why don't we all take a deep breath and let's get at least a couple of games in the books before we start
passing out the medals? Ok?

Game day what’s your thoughts on how things will
shape up in D1 this year?

Obviously to early to hand out medals or trophies to any team.
But FCD premier winning a D1 match 11-0 (academy boys or not) is something you don’t see often. Any more insight on how that match turned out that way... players missing? Early kick off make that drastic of a difference?

BEEP, BEEP, BEEP.
What's that sound?
It's the sound of coaches coming to their senses and parking the bus!

Thank you NTX-FootyFan for reaching out as we are all asking ourselves, "How will things shape up in D1 this year?" We all understood that this is the age-year when the DAs consolidate the U-16s and U-17s, pushing a crop of skilled players into the open market.  Factor in the usual and average turnover, it was a busy open transfer window and some teams appear unrecognizable while some are very recognizable.

Since it is much to early to crank up the calculator, the Game Day Power Ratings will have to wait,  but what we can discern with some confidence is that D1 is leveling out over the 10 teams,  despite a breakaway performer. In other words, the League is and will be more competitive within the #2 through #8 teams.  This is in contrast to last season where the talent, and lack of, was clumped at the top 2 and bottom 4 teams.  This year all teams can expect very competitive matches virtually every time out.

Moving forward, why anyone thinks that they can run with FCD Premiere is beyond me? I expect to see more back 4's and/or 5-4-1 formations to stay in the goal differential battle which will be a factor.  Keep in mind that there is a war to be waged to stay or get into the Top 4 since the Frontier League is on the line.

If you're seeking our opinion on how things stand now, it's split down the middle from the top 5 and the bottom 5.  Last year top performers Chelsea East, Kang and Pino need to regroup quickly.  Some teams in the top 5 may have benefited by "favorable scheduling", but then again nothing will be easy this year.

Good luck to everyone and hoping the refs no longer forget their yellow cards in the parking lot?  By the way- if anybody knows of any therapy clinics that want to advertise? Geez.

GAMEDAY POWER RATINGS after 4 games which is just over 20% of the year's schedule:

This is what the numbers indicate.
A.  There is just over 1 rating point difference between the 3rd best performance and the 9th best meaning what we've already seen play out which are a lot of close and competitive games.
B.  The 9th place team on the table FCD Kang has turned in the 4th best performance, we expect to see them rise in the standings.
C.  The obvious beat down given by FCD Premiere to the rest of D1 is almost unprecedented.  Can anything slow them down? But will they become a victim of their own early success drawing some creative tactics by some of the more physical teams in the League?
D.  Fast starters FCD ETX are starting to fade.
E.  Chelsea East has weathered a slow start but recall Faber's slow start last year coming off of the State Cup win as they finished a very respectable Classic season.
F.  Will either of the Texans team be making a move up the list?
E.  Do the Kicks have the staying power once they begin to face some of the more physical teams in the next few weeks?

Take a look at the table,  it appears that the League is implementing a max goal differential. What will this mean in establishing the important 3rd and 4th place positions as well as in the relegation zone?

Good luck,  lots of football left to play!  Bring plenty of ice-packs as the refs may or may not have their cards handy.

With just over 1/3 of the schedule played these are the updated Gameday Power Ratings;

The first 9 games are in the books and these are the updated Gameday Power Ratings. What do the numbers indicate and what can they forecast?

6.3 FC DALLAS PREMIERE with a dominant performance and only a couple close games.  Will the second games present tougher challenges?

4.7 DALLAS KICKS turning in their own dominant performance. The #1 defense only allowing 5 goals. With some luck, could they make a serious challenge?

0.3 CHELSEA EAST seem back on track after a disastrous start only winning 1 of their first 5 games.  But are they actually back to their level?

0.2 FALLS TOWN round out the top 4 by grinding out good results vs. the other top half teams,  but there is a pack of teams nipping at their heels.

-0.1 FC DALLAS KANG Only 0.3 ratings points separate their 8th place position to 4th place.  This slim margin indicates that they could move up during the second half if they can convert those draws into win.

-0.2 SOLAR weathered their own storm early but have righted the ship with mostly close and competitive games.  Do they have enough offense talent to make a serious push into the top 4?

-0.9 FCD ETX started as if shot out of a canon, but then reality and tougher competition set in and have fallen off quickly.  Will the second have push them into the relegation zone?

-0.9 TEXANS BADII with what appears to be the roster with the most changes had wild swings in their performance. Will they put together a better second half now that they have had more time to gel?

-1.3 FC DALLAS PINO is in unfamiliar territory sitting in the relegation zone.  The reigning State Cup Champs need to figure out their offensive woes quickly.  Club passes in the forecast?

-3.3 TEXANS FABER find themselves in a pickle.  They are last in defense despite a talented collection of players in the back and that's a real head scratcher?

As a group,  ONLY 1.2 ratings points separate the 3rd position and the 8th position which means 6 teams will be fighting it out in the second half to get into the Top 4 (Frontier Conference qualification), or to stay clear of the relegation zone.

This forecasts a highly competitive second half including coaches enacting advanced strategies against the top 2 performers. We don't expect coaches to allow blowouts again now that they have seen all of the bells and whistles.  Teams will be better prepared against those offesnses so expect defensive realignment, "physical play", and even the kitchen sink.

Great season so far,  good luck the rest of the way!