If your son is a talented 2008 player, and you're tired of the North Texas Mega Club Hussle, you're not alone. This was why we formed our competitive team with a Low Cost, High Value model.

We play a possessive attacking style of soccer which creates an enjoyable playing environment where players get to reach their maximum potential.

We currently have a close-knit roster of 13 like-minded families with strong team camaraderie. Annual Dues are $1500!!!!! Yes, you read that right...$1500/year. This includes everything except Uniforms which is only around $300. GKer training is included in this too.

The coach is Wilco Ravestijn who has coached fulltime in North Texas since 2001 which is also when he obtained his USSF "A" license. Wilco is a former Collegiate Nation Champion and All-American as well as former pro player. Read More at www.DutchFC.com 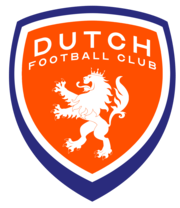