Family just moved here in November from Southern California and looking for a team for my 07 boy and 2012 girl. a co-worker of mine told me about all the big clubs and also mentioned Lobos United. Does anyone have information about this club? I have looked and can’t find them anywhere. Are they a club? Where are they out of? Is the coach any good? Please let me know. We live in Coppell. TIA

Hello and welcome to Coppell.  I also live in Coppell and know a great club for your 07 boy.  Provide me your email address and we can connect.

thanks ctn.  I guess i can't post my email here since I am new. I did receive your private message and will reach out.

Lobos United? ... if you cant find them on gotsoccer its probably just a basic indoor rec team .. their is a Dallas Lobos FC 07s registered but nothing United .. not sure if you are looking for recreational or competitive like schmuck said lots of options ..

Lobos United FC is a brand new club that has several players that split off from Stars and Stripes. You can review the history of Stars and Stripes and see the caliber of team they were. But, there are a ton of options with you being centrally located.

Good luck on your search!

Ooooo yes those Lobos, sorry I sometimes confuse those for coyotes .. NewtoDallas your coworker must not like you if they want to recommend you to a team of disgruntled parents .. Yes I have heard of them coyotes ... the coach or named coach I believe is a high school coach that hardly ever showed up to practices and or games.. the assistant coach and team manager (or now head coyote) wanted to Dribble another team to forfeit over socks?  Is that correct Ctrl Alt de Ligt?  Ooo yea and the assistant coach alters birth certificates to use older kids and then falsely accuses some one else of doing it to try and take over the team.. NewtoDallas if i was you I'd keep searching ... Ooo yea.. I'd recommend you stay away from that coworker ...

WHOA... that is alot of information... thank you Ctrl Alt de Ligt and Mexkan for your feedback. I did look up some stuff on that Stars team and don't think my 07 is quite ready for that level. He has progressed, but still needs some work. Definitely not Rec, but somewhere at the lower level select i would guess. We have some workouts with some teams lined up already. You people in Texas are even crazier than what i saw in California. HAHA. I read through the other thread about that Stars and Stripes team and can't believe parents can act like that, with total disregard for their own kid. Maybe I am just naive or haven't had my kids at the higher levels of sports long enough. I guess that is the sports world we live in now. I did ask my Co-worker about the Lobos team and he confirmed it was made up of those ex players. He said he saw them scrimmage against a team called Allegiance a few weeks back. He thought they may be a good fit for the level of my kid but i might have to reconsider... or atleast keep my guard up. Thank you for your feedback..

@Newtodallas Coppell FC has a pretty good team and they are probably the closest club to you. I heard their fee's are some of the cheapest around. The team plays in Plano Premier League so if you're worried about the level of play being to high for your son, it may be a good fit.

They also have 2012 teams for you daughter as well! Hope this helps! 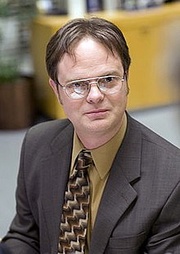 @dwight. Thanks I have heard of them and will look at their website. Any clubs you would stay away from?

Newtodallas wrote:@dwight.  Thanks  I have heard of them and will look at their website.  Any clubs you would stay away from?

I can only speak on clubs that my son played for at some point in time, but honestly a lot of those coaches have been reassigned and no longer coach 07 teams. One of my son's favorite coaches was Joey Kennington of Solar, but he no longer has an 07 team.

Just take your boy out to different practices, see what coach he is comfortable with and which one you feel is a good fit. Your advantage is that if you sign with a team you're not happy with, you can make a change in July.

Look at Coppell FC. John Davies is a good, positive Coach that focuses on development. Good group of boys there too. It would be a good place to start - especially if you are in Coppell. 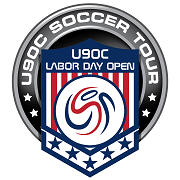