**TOP 5** Game of the week - FCD vs Sting Black. I hear not all teams will play due to Covid, but there will be games played this weekend and I will predict games regardless.

1. Solar- I don’t see Oklahoma Celtic doing much against Solar. OK is still searching for their first goal of the season 5-0 Solar win.

2. FCD- No doubt FCD is the second best team in the conference. The 3-1 win over DKSC was impressive. They may have something to say about the #1 position when they play Solar. Sting Black will not score enough to keep up. FCD wins 3-1.

3. DKSC- A bad loss against FCD still moves them up a spot. They should get back to scoring against Sting Royal. 6-1 win.

4. Albion Hurricanes – Had to drop them a couple of more spots. Sting Austin is definitely better than last year with their new off-season pickups; however, Albion certainly has lost a step this year. Pretty certain they would lose to DKSC if they played right now that is why I dropped them below DKSC. They should take care of business against Classic Elite. 2-0

5. Sting Dallas Black- I don’t see SB doing much against FCD offensively. They may deserve the 5th spot based on strength of schedule so far, but Tulsa is close to cracking the top 5. 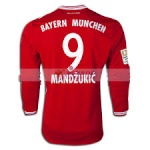 Classic Elite vs Albion kicks things off. Albion won the 1st round 3-1 but expect this to be a little tighter but Albion still wins 2-0

Next up Sting Austin vs Challenge. Sting Austin won the 1st round 2-0. Sting seems to be finding their groove. Sting wins 3-0

The game of the week FCD at Sting black. Previous match ended in a 0-0 tie and was filled with lots of missed opportunities. FCD appears to be in a groove lately. Expect them to win this one 2-0

Solar at Celtic. This game is being rescheduled.

Sting Royal at Feet. After feet put it on Royal last match expect this to be a closer affair but feet still wins by 3 or 4

Texans at TSC. This is also being rescheduled.

Enjoy and good luck to all!

Quick foreshadow. Everyone back in action next weekend with doubleheader’s! Going to be another great weekend!

Texans and Solar 04s are quarantined for 2 weeks

Scores per in person and social media: