Anyone care to take a stab at ranking the top ten 08’ Boys teams? I know that the picture will become clearer once the teams start playing each other in Classic League, but just curious as to people’s thoughts? 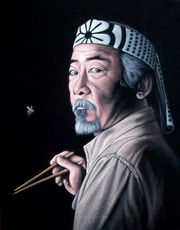 I think you should go first lol

Start by copy and pasting the top 5 from YSR and then speculate from there...

Well like 3 of those top 6 teams listed in YSR either didn’t qualify for D1 or are not playing classic league. So then the top 5 according to that would be:

After looking at YSR, I'd rank the top 9 teams as follows. With all the movement and changes to rosters, this is purely speculation at this point as I’m sure some of these teams are not the same as when I last saw them play in person. Of course this list is subject to change as the teams start to play against each other and against common opponents in Classic League play. On another note, some of these teams didn’t qualify for D1, but as stated in another thread, the seeding was not the best for this years qualifying tournament.

1. Solar McKinney - Has lost some of their top players from last season. Great coach and may just need time to let the new players “gel” with the core of the team.

2. Dallas Kicks Black - Talented team. If they find more consistency, they could end up as the top team.

3. Solar Ackerson - Has been out of action for a little while; wonder if any players were lost to DA after their move from Liverpool to Solar?

4. Texans Salazar - Not much known about this team. Ranking based mostly on YSR

5. Texans Stavrou - Not much known about this team. Ranking based mostly on YSR

6. Dallas Suarez - Looks to be the old FCD Academy Blue team but missing some players?

7. FC Dallas ETX - Team received a horrible seed in the Qualifying Tournament for Classic League. Putting them in the same group with a top 3 team was the main reason they did not qualify for D1.

8. Liverpool FC America Heighway - Haven’t seen this team play in person yet but based on their recent record, they look to be on the rise.

9. FC Dallas Youth Red Lovegrove - Team has been on a slide as of late based on their recent record. Rumor is that they lost some player(s). Their “true ranking” may be up in the air as they could be on the decline.

In response to your top ten, here is some of my feedback:

1. Solar McKinney- to me, the clear top team. They may lose a game here and there , but a hard team to beat. They lost a couple of players, but they played their last 2 tournaments without those players and had no issues whatsoever (beating both FCD ETX and Liverpool Heighway very convincingly. This team has a solid defense and doesn’t give up many goals, so beating them will be difficult.

2. Dallas Kicks Black- after very talented, but also very inconsistent Their goalkeeping is a question mark since they have a new keeper after relying so heavily on that female goalkeeper for so long.

3. Solar Ackerson- lost A LOT of their top talent. Really curious to see how they do with their current roster.

4. Texans Salazar- haven’t seen this team play any top competition. Not a great showing at SuperCopa, but they may have signed a few new players since then

6. Fcd Suarez- don’t know much about this team. Can’t make an assessment

7. Fcd East Texas - got the short end of the stick in qualifying.

8. Liverpool Heighway- used to be ayses gold. Saw them a couple of times. They have one player that can really shoot the ball, but not sure he can carry the whole team against other top teams

9. Fcd lovegrove- used to be Frisco Sporting FC. Very competitive team. Not sure who all has left. If they have the same roster as last year, I would actually put this team closer to number 4/5

I agree with your assessments of the teams. Especially FCD Lovegrove.

My only concern with Solar Mckinney(which is minor because we all know they will finish as one of, if not the top team(s) at the end of the year) is they don’t seem “as dangerous” as last year. Saw them play against FCD Suarez and for whatever reason they could not put that team away. Of course one match is a very small sample size in which to evaluate a team with so I will have to wait and see if this becomes an issue as the season gets started and progresses.

Was that Suarez game a tie? If so, then I still think it comes down to “who” is gonna beat them? I didn’t see that game, but maybe they had a bad game, maybe the heat played a factor? Either way, they still didn’t get beat. You mentioned you saw the game? How did possession look? One of the things that has always impressed me about Solar McKinney is the fact that they do not need a superstar player to score the goals. Their goals don’t come from one striker. If solar McKinney beats you 6-0, there’s a good chance 4 or 5 different kids scored.

Did lovegrove qualify for D1? I didn’t pay attention to how they did in qualifiers

FCD Lovegrove didn’t qualify for D1. I haven’t seen them play in a while but their performance at the QT took me by surprise. Based on their resent results they haven’t been playing well as of late. I’m thinking some player movement may have affected the team, but again, it’s been a while since I last seen them in action.

Solar Mckinney looked good as always. Just didn’t seem to have the same fire power as before. This was the first time I’d seen them play in a while. Defense was good, possession was good, attacking/finishing was off a bit. To me it looked as if some of the newer players were still learning to fit in. Again, this may be a mute point by the time the season rolls around, and it was very hot that day, so it very well may have just been the heat.

You asked who would beat them? Well the only team that I have seen play that I would feel comfortable mentioning would be Dallas Kicks Black. But again, we all know that that match could go either way.

On a good day, the kicks could beat them. In looking at the team history though, it has only happened once, and solar has beaten them soundly on multiple occasions. IMO, if the kicks get more consistent, they will be very dangerous. The first real test for teams after signing day was the king tut tournament. Kicks tied twice in that tournament (against FCD East Texas and FCD West). Solar beat those same teams 4-0 and 3-0 respectively. It will be interesting to see the results when those 2 teams play.

What is your opinion on Texans Salazar? They won an automatic bye into classic league, so there is no game history for them since signing day

If my memory serves me correctly, I believe the Dallas Kicks Black team has won against Solar Mckinney twice within the last year. I got to see them play against each other at the PIT in Frisco last summer. Although they were playing on the outdoor turf field, I believe this was part of an indoor league, so this matchup doesn’t show on their “Gotsoccer” records.

I’m with you on Texans Salazar. I haven’t seen them play against any of the top teams. This should make for a great season of Classic League play. With all of the unknowns, we should be in for a lot of suprises. Lol

Oh ok. Well I wouldn’t give indoor results any merit. It’s never the same as outdoor. I’ve seen teams beat teams at indoor/futsal, then get beaten by the same teams outdoor

I agree with you on futsal, or if it were on a modified indoor field. But this was on a turf field outside. Same as what is played on at some of the fields at the FCD stadium for tournaments.

Oh ok. Still, indoor isn’t official. Well I’m just going off of gitaoccer results. It looks like in the last year, solar won twice (11-5 and 5-2) and kicks won once (4-3). Although the kicks won was more recent. Who knows

I mean non official league games don’t count. Even though it may have been outside, not all coaches approach those leagues as legitimate games But as I said, Kicks did beat them last time they played. Do the kicks have all the same players from that game? If so, will be a very good matchup.

I get it. No worries though as I have no dog in that fight. Lol.

Not sure if all of the players from last season are still with the Kicks. The last time I saw them play was in May. Looked like they added some players and lost some as well. The core of the team still looked to be intact from what I saw. My pre-season prediction is that 1st place in Classic League will come down to these two teams(Solar McKinney and Kicks Black).

I like the list, but would be cautious because someone put #5 Texans Stavrou as winning their QT bracket somewhat unconvincingly, I witnessed them loose 4-2, to a FC Dallas team and win the bracket on points after a Solar team gave up a shut on the same team with 4 minutes left when the center mid went down with a broken wrist. Otherwise they would be playing in a mixed up D2 bracket. Front runners would have to be Mckinney and Kicks teams at the early stage for sure....

Yeah I only had Texans Stavrou at #5 based on the YSR site. I haven’t seen them play yet, so I was just giving the team the benefit of the doubt. I’m pretty sure their “true ranking” is not currently accurate as its based on past performance and possibly prior to some of their stronger players moving on to DA. Good thing about Classic League is every team will play each other once and get the opportunity to earn their ranking on the field against the top teams in the area.

I can’t really speculate on a top 5 as I’ve only seen a couple teams play. I did see the FCD Suarez and McKinney play. It was very hot and Mckinny had quite few good chance that they couldn’t finish. Suarez played 4 in the back and were very solid on Def, but didn’t have many chances going forward. If not for a late foul at the top of the 18 game would have ended 1-0. ( Not taking anything away from the kid that took the free kick it was excellent)

Oh ok. Sounds like a good game. One of my buddy’s son plays on McKinney and if that game was at King Tut, I know they had 2 starters out of town that weekend. But either way, it looks like fcd Suarez will have a good team this year

What do you make of opening weekend of classic League D1? Some interesting results

I didn’t get a chance to make it out to the fields, but based on the results posted online, I didn’t notice any real surprises. With the exception of Texans Stavrou(who lost a close one to FCD Suarez) the top teams took care of business.

On another note, I’m surprised that more of the top 08’ teams aren’t participating in the upcoming U90 Tournament this weekend since there are no Classic League D1 games scheduled?

I only wanted the game my son was playing in, so I have a small sample size for a real option. I do agree with Miyagi from the scores the good teams are who we thought they were.

Miyagi, it looks like there are quite a few Classic D1 teams playing in the Plano Labor Day tournament.