We are a 96G team and are considering going to the Sports Source Showcase this year on Dec 1-2, but we can not find any historical information on teams and college coaches that usualy attend. I was hoping somebody on here has attended and can share some information. They claim that 300-350 college coaches are usually in attendance.

aw nope....not even close bud. What other showcases are you looking at? What level is the team D1 D2 D3 or Plano/Arlington?

Exitmiester wrote:aw nope....not even close bud. What other showcases are you looking at? What level is the team D1 D2 D3 or Plano/Arlington?

Can you give me any feedback on what kind of particpation from team levels and college coaches to expect? Thanks. We are looking for something in the Nov-Dec time frame that is more regional than the Final 4 in San Diego.

Outoftowner wrote:We are a 96G team and are considering going to the Sports Source Showcase this year on Dec 1-2, but we can not find any historical information on teams and college coaches that usualy attend. I was hoping somebody on here has attended and can share some information. They claim that 300-350 college coaches are usually in attendance.

Ha!! 300 -350??? did they really say that? MAybe back in its hay days, but certainly not now. With games kicking off at 7:30am it chased a lot of teams away from the showcase. Now that the games are played at the horrible Russell Creek fields does not help. Plenty of other options for your team to look at. Sting Texas Cup - D'feeters Showcase, Spring Cup ,Tulsa has a good one ( always cold, but good) and Memphis.
Good luck

Its a decent tournamnet for a mid level team.
If your looking for small D1 school or D2's it would be good fit.

If your looking for big D1 schools you need to look elsewhere and probably be in ECNL.

The tourney was poor last year due to the awful weather but the year prior the was 200 - 250 coaches attending.

The key for quality showcase tourneys would be finding them where they dont conflict with other major showcases or ECNL events. 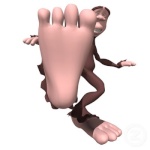 Anyone have an accepted list for U15 Girls age group? 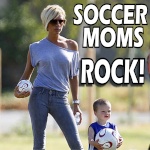 Yea. As of now 64 schools registered and zero D1's. Only positive is those kids who probably need exposure the most will get it.

what teams are playing in this showcase? nothing shows on the website.

Does anyone know what 97 teams are playing in this showcase tourney?

Are you sure those are the only 98s? What about 97 bracket? I thought Albion 98G was attending this tourney.

It is impossible to know any teams outside of your bracket. They don't post the schedules. They only email you your bracket and that is it. Impossible to compare or see other age groups or find out if there are other brackets in your age group. In the 96's, I think there are 5-6 teams in our bracket. Everybody plays 3 games. If I had to guess, there might be 1 other bracket and that is a weak maybe. In our bracket there is a wide gap of teams which is usually a sign of very few teams. At the top is the 2012 Arkansas National Cup St Champ, the Kansas State Cup runnerup, Houston Express which was the President's Cup National runnerup. Also the Mustangs from NTX D1, Austin Texans 2nd place STX WDDOA D1 and an Albion STX EDDOA D1 team. Very different strategy and very secretive about teams and coaches in attendance. Horrible marketing strategy IMO, but it is their tournament and they can run it how they want. I just think most people today want some history and knowledge before comitting to a college showcase.

Agree that this is a good showcase for teams looking at small D1 schools but everything else is wide open for D2,D3, and NAIA. Lots of money in the NAIA and those schools are often overlooked because players simply do not know that much about NAIA and what it even is.

Russell Creek is the only area complex that has 21 fields which is why I was told they use it. Otherwise, different locations would have to be used as they have both boys and girls teams to accommodate. If you use different locations for a showcase that forces college coaches to travel to those locations, which basically limits the number of teams they will see/recruit from. Fields aren't the best but at least it keeps the coaches in 1 location.

Know the U-19 team that visited from Alabama had 6 offers extended and accepted by girls on that squad. Do not know what schools. Know several girls locally had serious consideration/looks/conversations from coaches but do not know the outcome.

There was a list of college coaches posted, not sure how secretive it would have been given that the list of coaches was on their website..but you are right they do not post prior years.
Personally I think it can be a bit deceptive posting lists from prior years as there is no guarantee that a coach who attended one year will be there the next year. Would not want to base a team attending a showcase just on college coaches that attended in the past. If you want a coach to attend send him/her a note and invite them to the showcase. If coaches get enough interest/requests, they typically will make an effort to attend IMHO.

This showcase may not do the best job on marketing, but it is probably one of the better showcases to attend and get looks/offers from if want to play in college.