The Aces Soccer Club is proud to celebrate its 20th anniversary and announce new leadership and
a joint partnership between the Club and Game On Athletics. The new organization, North
Texas Futbol Club, will be headquartered in Denton at Game On Athletics with practice fields in Flower Mound.
The club will offer excellence in soccer while providing a home for North Texas players.

A major addition to the club is the appointment of John Hedlund, longtime Head
Coach of University of North Texas Soccer team. Hedlund will serve as the Director of
Soccer Operations for the new club. “The Club has many great coaches and we expect to
not only showcase these talents but to also bring in some of the top coaches as our teams
grow” said Hedlund.

Vince and Tammie Palasota founded Game On Athletics in 2010 to provide state-of-
the-art training facilities for athletes of all ages. “This new partnership allows us to
provide fields, facilities, and sports performance training to players as they prepare to
compete at their highest level whether in high school, select soccer or in college,” said
Vince Palasota. “To further support family fitness, all families of North Texas Futbol
Club will be given a full family membership to Game On. 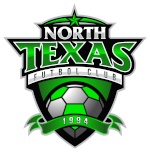 Thanks. We're excited about everything that's happening.

AKA --AFC or Aces Futbol Club .

In addition to Flower Mound we have teams training in several locations across Denton County. Our 04,05,06 teams are lucky enough to train at the Game On facility in Denton on the outdoor turf field.