Since 2005, PrimeTime Sports has offered academy league play for U6-U10 boys and girls teams. At the end of each Spring season, as we graduated teams from U10 to U11, coaches would ask us if we will ever offer U11 competitive divisions. Well, that day has finally come.


We will be the only competitive league in North Texas offering 9v9 league play for U11 and U12 divisions. U13 and U14 will play 11v11. Team managers will like that we are including referee fees in with the registration fee, so there will be no need to bring money to the games to pay referees. We provide corner flags, too.

Because PTCL is sanctioned through US Club Soccer, players will be allowed to play in PTCL on their team's US Club Soccer roster and the NTSSA leagues on an NTSSA roster. Larger clubs can form a US Club Soccer team of players from various teams within their club or bring an existing team. For smaller clubs or independent teams who may struggle to build a roster of 15-18 players to play 11v11, this would be a great way to compete in a sanctioned outdoor league with a limited number of players. Also, unlike NTSSA, U10 players will be allowed to play in U11. 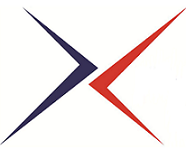 Beating the rest of NTX to the punch... interesting.

Is this to just offer another option in the future to LH?

Rooney13 wrote:Is this to just offer another option in the future to LH?

We have heard from many teams/clubs. In U13 and U14, they are moving their team from Premier to PTCL. In U11 and U12, some are choosing PTCL because they prefer 9v9 for development, some don't have 18 on their roster, and some are creating a 9v9 team of players from various teams in different league who aren't getting enough playing time on their 11v11 team.

Whatever their reasons, we welcome all teams and look forward to a great year of soccer.