1
inShare
Email
The simmering discontent between the U.S. Women’s National Team and U.S. Soccer came to a head Wednesday when the U.S. Soccer filed suit in federal court in Chicago seeking to Dribble the Players Union to honor the current labor agreement.

And that is where it gets tricky. The previous Collective Bargaining Agreement (CBA) expired in 2012 and the sides have been operating ever since under a Memorandum of Agreement (MOU).

The crux of this dispute is whether or not that MOU carries the same weight as a full-fledged CBA. U.S. Soccer believes that it does and has sued “to confirm the existence of the current collective bargaining agreement (CBA) that has been in place since 2013 and is set to expire on Dec. 31, 2016,” according to a statement released by U.S. Soccer.

According to that same statement, “U.S. Soccer felt it necessary to take this course of action after Richard Nichols, the newly appointed Executive Director of the Women’s National Team Players Association, notified U.S. Soccer that he does not believe there to be a current CBA, a position which would allow the team to take labor actions on and after February 24 – a view inconsistent with the negotiating history and directly contrary to the position of the prior Executive Director who actually negotiated the current agreement.”

The U.S. Soccer statement goes on to say that Nichols refused to give assurances that the players would not strike. For his part, Nichols told the Guardian that he made no strike threat and that, “the players are committed to the U.S. team and they just want to be treated fairly.”

He added, “I did not issue any threat about any action that we would take at all. All I did do was I made it quite clear that we are going to preserve our legal rights in this collective bargaining negotiation. I don’t threaten.”

Relations between the World Cup winning players and the governing body have not been good in recent months, a situation that came into public view with the cancelled game at Aloha Stadium, Hawaii during the team’s Victory Tour. The match scheduled for December 6 was cancelled after the American players essentially refused to play on what they considered a subpar and dangerous field.

The players seemed to have made their point and all currently scheduled WNT games are set to be played on natural grass fields.

Exactly what the players are looking for from a new contract is not known but fairness in relation to the U.S. MNT, financial and otherwise would seem to be on the agenda of the defending Olympic and World Cup Champions.

2016 is a busy year or the WNT, who begin CONCACAF World Cup Qualifiers next Wednesday, February 10 in Frisco, Texas.

Also, on tap is the She Believes Tournament featuring top sides Germany, France, England, and the U.S set for March, and of course the Olympics this summer. And the NWSL season could also be affected.

For now, it is in the hands of the court who will decide if the MOU binds the players until the end of 2016. If the court rules against U.S. Soccer the sides could find themselves in a race against time to sign a new deal. 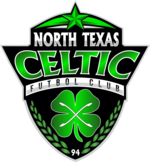