What about Sunday match up Feet vs Dt (ECNL)..

Looks like D'Feeters will have 2 good games this weekend
Sting ECNL, DT ECNL. Will Feet go 0-2 this weekend or will they get an upset? Definitely some good soccer this weekend! 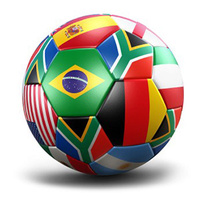 Two very different styles: possession vs direct
Which one will win?

Come monday we will see

Stick around for the U19 Sting/D'Feeters game on Saturday...

Outside of not having BigE and Zizou on the sidelines, it'll be just like going to watch a DA game...

No, a DA game would be much quieter from the sidelines.

Zizou wrote:No, a DA game would be much quieter from the sidelines.

Yeah... probably right about that one...

Zizou wrote:No, a DA game would be much quieter from the sidelines.

Outside of not having BigE and Zizou on the sidelines, it'll be just like going to watch a DA game...

Gonna have to agree with you as I usually do Bdub ... this  ^ should be a solid match.

Just as intriguing though is seeing what the Houston Dash DA will look like after picking up much of Houston talent from Albion, Challenge and Rush vs FC Dallas this weekend.

Question for BigE: are the DA kids signing club contracts like everyone else? A friend said a kid just joined their non-DA club's team after starting the season on a DA team.

How does that work?

The contract signed by the DA kids isn't a NTX contract ... It's with the USSDA.  From what I understand without having one in front of me, is that those kids are unable to play with any non DA team while they're under active USSDA contract.

Maybe your friend's friend's kid was a USSDA DP player that had signed the standard NTX contract and got a full release to play elsewhere?

Looks like feet goes 0-2 a bad weekend for them

Any scores from this weekend