I’m curious what other parents thoughts are on FDL at this point 7 months into the season? My daughters team has played approximately 18 games, that includes all our tournament games also. To do the math that’s an average of 2.5 games a month. We are on a roster with 20+ girls where playing time is split down the middle. When we do play tournaments they are of the showcase variety, only 3 games allowed, extensive travel expenses, and no college coaches showing up to watch. I know they are around they just don’t come to watch our team lol.

To spend as much money as we are spending to play a limited number of games against what I would consider average talent is becoming a beating. We could be playing the same level of talent if we just stuck around North Texas and played tournaments in Texas. I know this is the first year for FDL but was curious what others have thought about the league and level of play. Has it been a good experience with development or do you feel your money could have been better spend elsewhere?

You sound as if you're surprised by this outcome.

volleyball is the future.

Not as much surprised as I am disappointed. At least we have Highschool soccer to look forward to. It’s been fun so far watching all the LH, FDL, and DA girls play against each other. Girls actually look like they are having fun.

Ah, forget I mentioned the part about DA girls playing HS soccer. I meant it was fun watching them play volleyball for their schools.

Were you told games would happen at the same facilities / similar times as DA games?  "FDL will offer players the most sought after college exposure opportunities by coordinating match schedules with the DA."  How many times has that happened?

It's ridiculous to have this many games rescheduled (or not), cancelled, changed, etc. and many NOT due to weather.  Anyone show up for a game only to be told the home team didn't get a trainer?  Anyone have their game rescheduled while the DA team played next to available fields?

How spread out are your league games? It's ridiculous to have a month between games.

The concept itself was promising and I expected a learning curve, but so far the execution and delivery has been piss poor.

Things are looking up however. We have the following number of league games scheduled:
Jan - 1 game
Feb - 1 game
March - 2 games
April - 1 game

Sounds like TCL 2.0.  Same promises, same failure to deliver.  Same goes for ECRL based on what I've seen/heard.

Been saying on here for the past couple of years that unless you are DA/ECNL level, it makes no sense to be travelling outside of DFW to play league matches.  Players and families would be much better served playing in LH and then going to the better regional showcases like Texas Cup, D'Feeters Showcase, FD Dallas Showcasae, DIGC, Lonestar Showcase, Lexus Cup, etc.

Parents need to speak up using their pocketbooks.  If your kid isn't DA or ECNL level, insist on them playing for an LH team instead of any kind of "regional" league.  It's just not worth the extra money and time for the travel.

All these leagues remind me of post wedding pictures!!
“Let’s get one with the groom and groomsmen, now one with him and his cousins that weren’t in the wedding, now let’s get one with his nephews on his daddy side etc....”
There are leagues for all interest and skill set and income level. Only common denominator is eager parents that are support their or their child’s passion. I just wonder what’s the next new thing!?
But yeah, I haven’t heard anything about FDL since that Texans FDL team was the only team to score a win vs Solar opening week!! 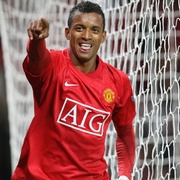