FC FAST is an independent soccer club based in Frisco. We will be holding open practices tonight (Tue) and Thursday from 5:30-7:00pm at Frisco Heritage High School (along Independence Road).

Our 08' boys team returns all 11 players from the spring and will be playing in the Plano Premier League in the fall/spring. We are looking to add one player to the roster and will carry 12 players (3 subs) - we believe in small roster sizes and plenty of playing time for all players.

Our teams have no coaching fees with our focus is on individual and team development. Please feel free to bring your son our to our practices this week to see what makes FC FAST different. You may reach out to our Director of Coaching at paul@fcfastsoccer.com with any questions. 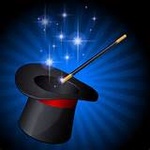 We didn't play our PIT indoor game Saturday morning because of the Solar Premier Cup tournament.  I sent an email to the PIT GM Kim Medill a week prior to this game (as soon as the tournament schedule was released) who responding with on 8/3 with "I have cc'd both Cristhian and Justin on this email response since the are co-league directors. Unfortunately from the last update I received from them I believe that there really is not any room to move games around for a reschedule."

I also let them know that our other game yesterday might be in trouble if we made the finals (our game was scheduled for 4pm, finals were at 5pm).  I called the PIT as soon as we won the semi-finals to let them know and make sure they called our opponents.

FC FAST teams have never, nor would never, no-show for a game.

Thanks for wishing us luck, we won the finals 3-0 over a good Solar team that played in Classic D1 last year.