Were you referring to the "dumb statement" that players that quit LH teams are replaced with PPL players? (Thus reducing the player pool size in PPL, resulting in a reduction of teams in PPL while LH remains static at 30 - as shown on the chart)...you lost me with your attempt at sarcasm....hmmmm...maybe I am dumb after all. Nah...I am brilliant. And so am I.

10sDad wrote:You guys crack me up...
I never said it was "unfair".  I said I didn't like the new format when they announced the format change...before anyone was even seeded.  Still don't like it.  I saw way too much potential for teams getting the shaft.  Didn't think my dd's team would end up on the short end of the stick...I guess we will just knock that one up to poetry.

Never said it was "unfair" that my dd's team didn't make it.  I stated that I didn't like the fact that they didn't reseed (again the format), and that we played better than some teams that made it, yes.  But that doesn't matter...its the rules that matter, and am I disappointed?  you betcha.  But I am not claiming some conspiracy or anything...we just needed to score more goals...nothing more...and we didn't.  Something we need to work on...case closed.

I have been talking about bootball vs. possession since before our dd's were even born.  I have never changed my position, nor will I ever.  And yes - at U-11 bootball has the advantage in D2/3 qualifying.  And to captain obvious there bringing up RASE/Spirit/LFS...if you really thought I was referring to them as bootball you are either a moron or just trying to sound self-important.

Actually, you were the one who made the statement, and I quote: "Coaches that preach possession at U-10/11 struggle".  For anyone who understands the English Language, you didn't have a qualifier (e.g. most coaches, some coaches, many coaches outside the top 10) so your statement referred to all coaches that preach possession at U-10/11 struggling.  As such, your statement included all obvious top teams.  You might want to look in the mirror and reassess who the "moron" or "self-important" one is.  Have fun in Plano!  Oh how great it is to see Karma work her magic!

Actually, I said if you think I was referring to RASE/Spirit/LFS as bootball, you are a moron...

to which you replied:

You are right - admitting you are a poor communicator is the first step to understanding how to deal with you. AGAIN, you were the one that said, "Coaches that preach possession at U-10/11 struggle". You DID NOT qualify this statement (do you know what qualify means?). As such, the way you wrote the statement, YOU - not I - were referring to all coaches that preach possession at U-10/11 struggle. I feel like I am communicating with Archie Bunker or Homer Simpson - you just don't seem to recognize the communication error on your part, and in turn want to turn your 'less than impressive' communication skills on me by calling me names and interacting like a child.

TIP OF THE DAY: If you are only referring to SOME U-10 coaches who teach possession soccer struggle, then clearly state this. You made a blanket statement, which by its very construction includes the coaches of RASE, TX Spirit, LFS, etc; these coaches teach possession style soccer at the U-10 level and have not struggled, contrary to what YOU WROTE. I never once refer to the top teams as playing bootball . . .

You do make a good point, which is that admitting is the first step. I am admitting that I am wasting my time interacting with you; as such, this will be my last post on this matter. Hopefully you communicate better at home and work than you do on this forum. 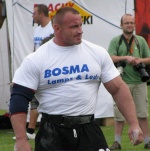 Questions:
1.  It appears that the biggest drop off is in the PPL.  When compared to APL...PPL almost ceases to exist.  Is there a reason for this?
2.  You got an reasons as to why the increase in Teams from U11 to U13?  I would assume the total # of teams would gradually shrink over time?

Let me answer the easier question first... The U11-U13 difference is small (a difference of 4 teams out of 80+) and is likely just natural variance between total participation #'s between the different age groups ('03's vs. '02's vs. '01's). You can't draw much from that. One of the other posters noted that the graph(s) you really need to look at are the year-over-year changes for each single age group (i.e. how many teams did the '98's have at U11, then U12, then U13, etc.), and I would agree.

I think if you were to ask the U11-U14 kids what their primary reason for playing club soccer is, the #1 response would be "so that I can make my HS team." However, go take a look at the varsity rosters for the 9 schools that will make up UIL Div 6-6A this year (Allen, Plano, Plano East, Plano West, McKinney Boyd, Lewisville, Flower Mound, Flower Mound Marcus, Hebron). What you won't see, are very many players from PPL teams. Those rosters are dominated by kids playing on ECNL and LHGCL D1/D2 teams. My guess is that the 5A's (including all of the Frisco HS's), aren't that much different. Right there, you are covering the geographic area that feeds a large part of PPL. Also add in to a lesser extent, Div 5-6A (Denton, Keller, etc.) and Div 7-6A (Southlake, HEB, etc.), which will have similar roster profiles to 6-6A, but non-ECNL/LHGCL club kids probably split a little more between PPL and APL.

I would not be surprised if a large reason for the big dropoff in PPL is due to kids dropping soccer once they get to their Sophomore/Junior year and realize that they are probably not going to make the Varsity team at their HS and decide that the club soccer grind just isn't worth it anymore.