NTX G04 Youth Soccer Rankings - September 5th, 2016
These are the North Texas Girls 2004 Birth Year rankings as calculated by Excel Solver using a best fit algorithm to match up team strength ratings with actual tournament and league play results.  I have added the league and level that each team is playing in to the best of my ability.  You will see a question mark next to the teams I couldn't find in a league, either they no longer exist or moved to 03 or 05, feel free to PM me if you know for sure on a team.  As game scores continue to roll in the resulting rankings should begin to level out to something more reasonable.  Until that time I will keep plugging away as the tournaments and league games get played and post the updated rankings each week.   I have cleared out a few teams that I have received report that no longer exist as well I have decided to include a few teams from Oklahoma and South Texas that have played a decent number of games vs NTX teams. I started collecting scores in July, so if you see something off in the number of games your team has played please PM me and I can work on correcting any mistakes. 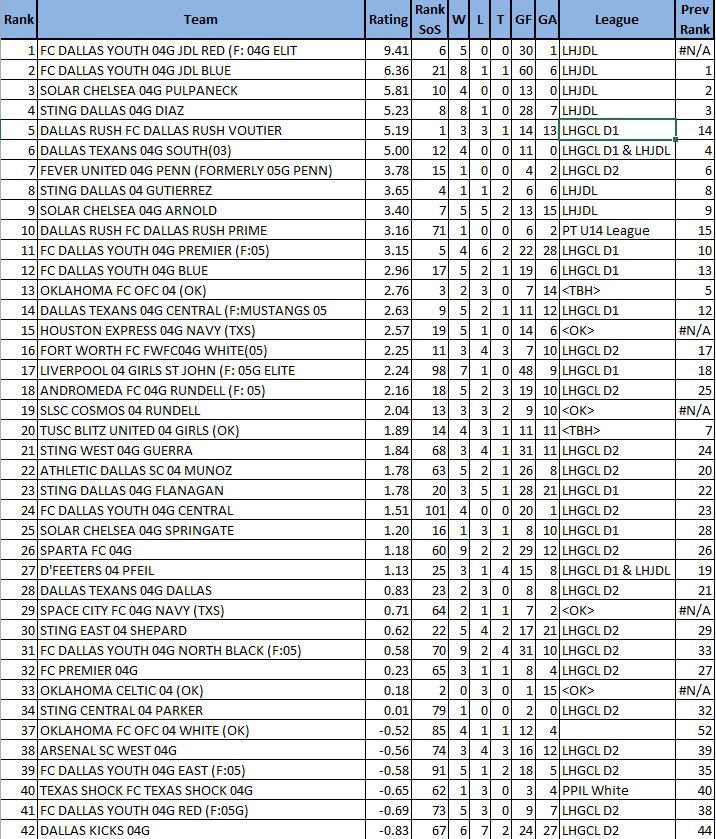 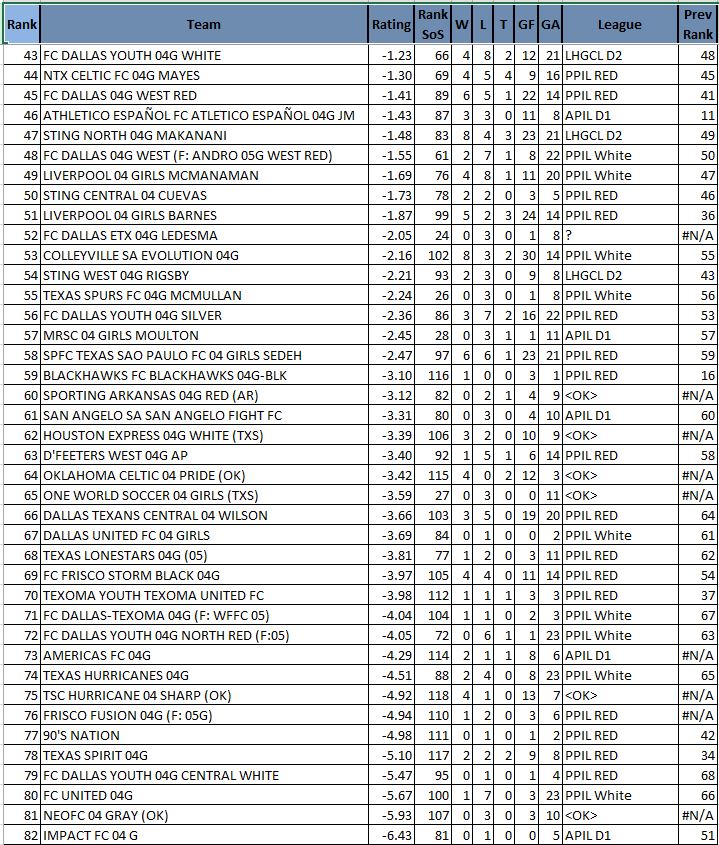 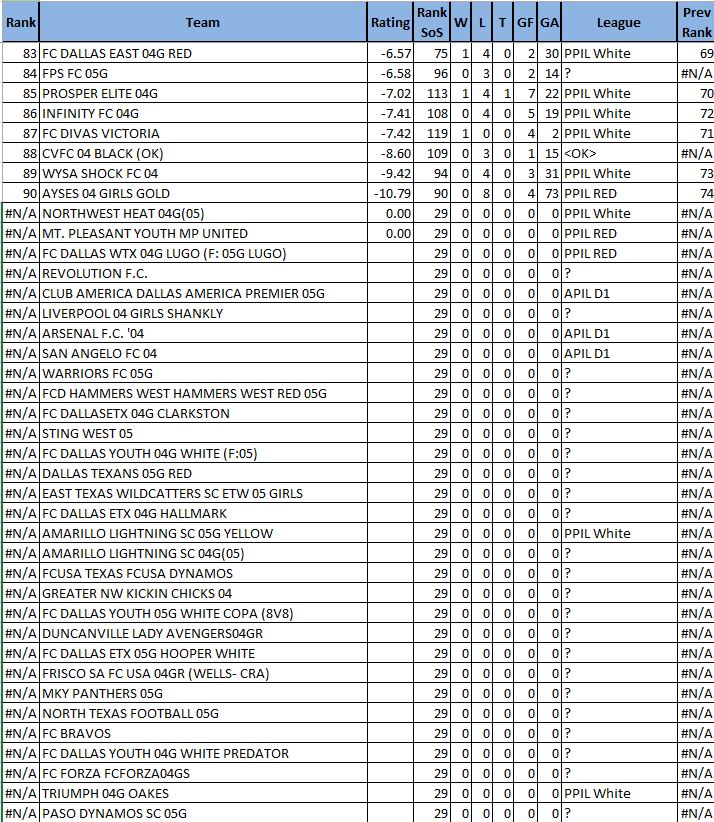 If any of the JDL games played can you PM me the scores. Thx

04GRankings wrote:If any of the JDL games played can you PM me the scores.  Thx

Sorry but I don't understand why the JDL scores need to be PM'd to you.  Why not broadcast them to the public?

04GRankings wrote:If any of the JDL games played can you PM me the scores.  Thx

Sorry but I don't understand why the JDL scores need to be PM'd to you.  Why not broadcast them to the public?

Did any 04 JDL games even happen this past weekend?

Saturday DTS beat FCD JDL Blue 2-0 then Sunday tied Rush in league 0-0. ECNL girls must have been in Tulsa on Sunday.

Biggest surprise this weekend I thought was was Sting Flan over Liverpool St. John (Formerly LP Elite) 5-0. Wouldn't have predicted that.

The little birds talk to me (or send DMs) and give lots of info.

The 2 early JDL games were rained out but the later 2 played:

The LP St John score was a little surprising but they don't look much like LP Elite 05 anymore.
How about that shootout between Dallas Texans Central and D'Feeters Pfeil 8-6?  Both teams may need some backline help.

The DT South and Rush game was supposedly a good one.  Who says a 0-0 tie isnt good soccer?

And the DTS ECNL girls played in all games this weekend.  Those parents get awards for the time and mileage spent on the highways.  Or dunce caps.  You choose.

AngelinaGoalee wrote:Saturday DTS beat FCD JDL Blue 2-0 then Sunday tied Rush in league 0-0. ECNL girls must have been in Tulsa on Sunday.

"ECNL girls" played in the game on Sunday. 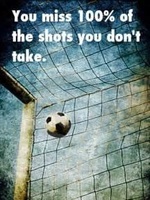 I heard the 03 DTS team was decimated by ECNL players or lack of. Lost to Liverpool Owen because about 7 of there players are dual rostered and the team had no subs so recieved a blemish on their record because of that. I didn't think you could have that a many dual rostered?? All in the name of wins I assume.