The Soccer Statz app for iDevices is currently undergoing a change.  The game currently features an easy to use interface for keeping data on live soccer events from a video or at the pitch.   It is used by Coaches and Parents primarily to get game statistics, share those statistics real time during a game and use the reports section to analyze many items.

The change is that a game capability that links to the "Statz" field will be included in the next release.  The existing functionality for manually scoring a game will not be modified.   The new "Game Field" will link to the "Statz Field" as the game is being played, and can be accessed during the game to check on possession, strength etc.   All of the query, save, send, reload features available in reports section now available for manual game scoring will work for the Game Field.   A third party controller is not required or supported, the controls for the game are on the screen.

The focus of the game is to allow for a player to exercise passing skill and formation strategy in dealing with an opponents skill and strategy.  Visual realism is not a primary design concern.  The Game Field version uses small "Pac Man" style players with Rotate, Move and Kick controls for each team and the ability to change focus to specific players for play making.     Users can select player positions for their team, and modify the "post positions" for each position on their team for various events. This version will have no Man v. Machine capability and will be limited to being played on a single iDevice with two players and potentially with one player with a "switch sides" capability.

Anyone with iPad or iPhones that would like to participate in testing and providing feedback to the upcoming Beta release is welcome to participate on a "fun to do basis."   To participate, the beta tester would download "Testflight" from the App store and I would include the testers iCloud e-mail on my end as a developer.   With this set up, the Soccer Statz game version would download to your iDevice and new test version notifications would come to your e-mail for updates to the test code.  Old version of Soccer Statz must be wiped from the device before beginning the testing process. Those who run their phones using foreign languages: German, Mandarin Chinese, Spanish and French are especially desired would be especially helpful.

Just reply to this message and I'll get in touch with you if you're interested. 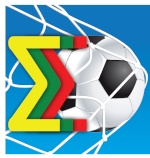